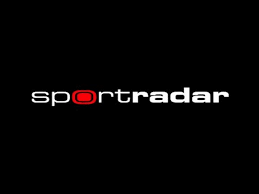 May 5 – Sports betting integrity specialist Sportradar, which services a bulk of national federations and confederations with its bet monitoring systems, has taken the battle against match-fixing a step further with an MoU with the General Directorate National Police of Bulgaria.

Bulgaria has been plagued by match-fixing over the past decade with Lokomotiv Plovdiv players as far back as 2012 being ordered to take lie detector tests. Since then there has been a regular procession of investigations and arrests of match-fixers

In May 2019 the Bulgarian Football Union (BFU) relegated FC Vereya from the country’s First to its Second Division, after receiving information from UEFA that it had been involved in match-fixing. “The BFU received information from UEFA’s integrity office about the illegal financing of FC Vereya by Chinese citizens associated with international groups organising the manipulation of football matches in Europe and worldwide,” said a statement at the time.

Sports betting integrity specialists have long-called for closer co-operation between sport, government agencies and integrity suppliers. The MoU between Sportradar and the Bulgarian police commits to an exchange of information, documentation and analysis relating to sporting integrity matters.

“The aim is to work together to establish best practice for tackling fraud investigations, match-fixing and countering corruption within sports and betting. Furthermore, the General Directorate National Police of Bulgaria and Sportradar will now start to explore other opportunities for joint projects they can collaborate and support each other on,” said a Sportradar press release.

Sportradar has a number of formal working relationships with law enforcement agencies including Europol, Austrian and French Federal Police and Spain’s Guardia Civil.

Andreas Krannich, Managing Director Integrity Services at Sportradar said: “Maintaining the integrity of global sport is our number one priority, and partnerships like this one will help us reduce the threat of betting related corruption. Our objective is to establish effective communication channels with the General Directorate National Police in order to swiftly identify and resolve integrity issues facing sport in Bulgaria.”