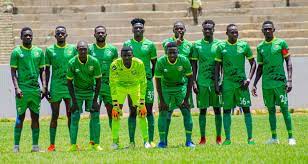 May 5 – In another blow to Kenyan football, Premier League club Zoo FC have been sanctioned for suspected match fixing, and relegated the club from the domestic Premier League.

A FIFA match-fixing report found the club to be guilty of match manipulation and as a consequence Zoo FC, who are based out of Kericho, will compete in the third division next season. FIFA referred to “a series of matches in the Kenyan Premier League deemed to have been manipulated between 2018 and 2020 by individuals belonging to the clubs” to come to its decision.

“We are in receipt of correspondence from FIFA with regard to FIFA Disciplinary Committee ruling against your club on grounds of Manipulation of football matches and competition. In view of the aforementioned decision, FKF has expulsed your club from the 2020/21 FKF Premier League season and relegated Zoo FC to the National Super League (NSL) for the season 2020/21,” read  a statement from Football Kenya Federation  (FKF).

On social media, Zoo FC communicated that the club will exhaust “all legal avenues” to reverse the FIFA decision. The Kenyan club can appeal before the FIFA Appeal Committee, with the Court of Arbitration for Sport (CAS) offering a last resort.

The club wrote: “We assure you that we are prepared to exhaust all legal avenues to ensure this unfair decision is reversed including lodging any further or other appeal to the Court of Arbitration for Sports.”