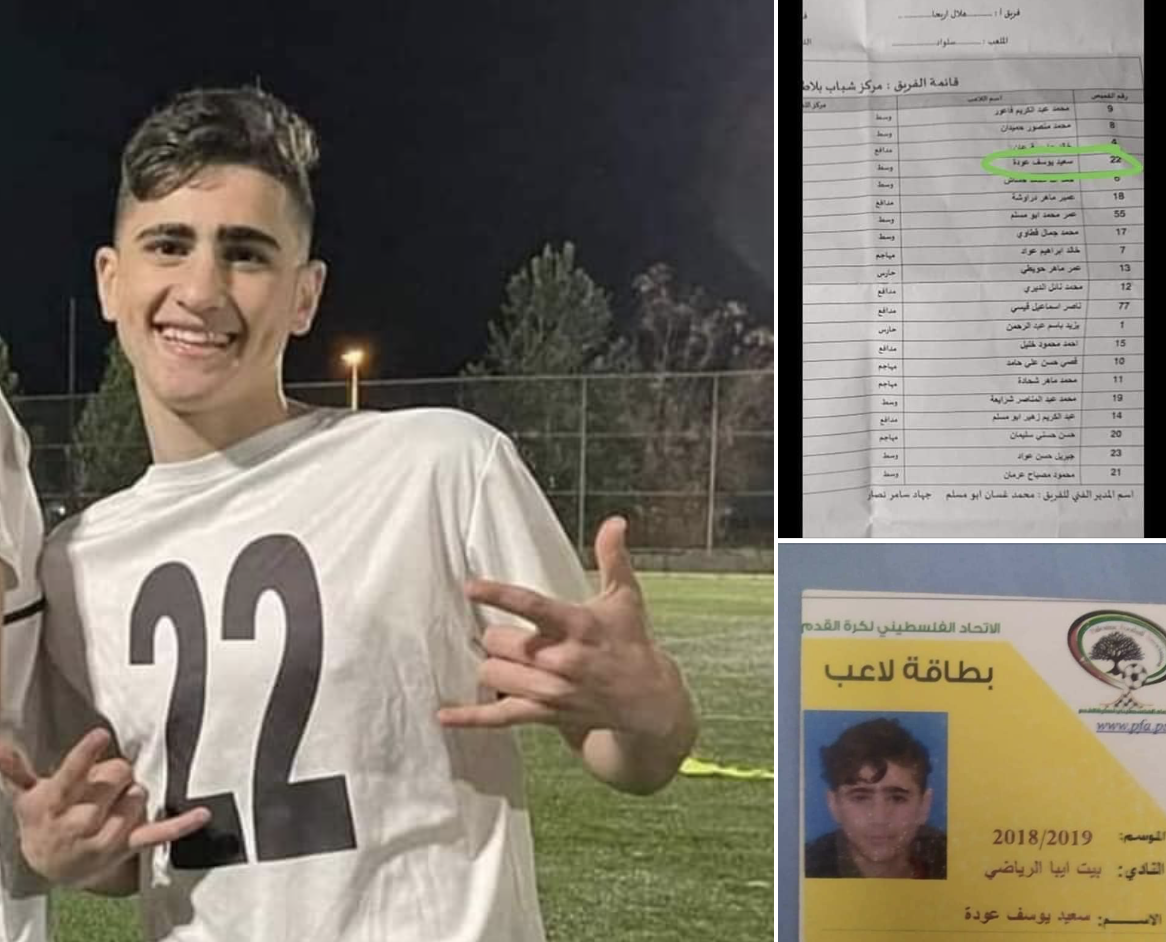 May 7 – Palestinian football is mourning the loss of  Sa’id Yousef Odeh, a 16 year old player from the current league champions Balata FC’s youth team, who was shot dead this week by an Israeli soldier.

According to eye witnesses, Sa’id was walking with a friend in his home village of Huwarrahwhen the soldiers shot him. The Israeli soldiers had stormed the village in search of a shooter who had shot three settlers at the nearby checkpoint of Za’atara.

Sa’id’s friend tried to pull him away but the trigger-happy soldiers shot him as well.

Sa’id had recently played for his Balata FC team against Hilal of Jericho in the quarter final of the Tokyo Cup. He will not play in the semi-final.

Balata FC have been a significant success story and beacon of hope in an area that is no stranger to tragedy, having come to international prominence winning the Palestinian First Division in 2019 for the first time. Balata is an area that is part of the Nablus refugee camp.

The club are preparing to participate in the AFC Cup, the Asian Football Confederation’s club competition for developing nations. Balata have been the recipient of AFC development and foundation grants including a project to renovate the club house and provide a court for Futsal.

While the lockdown enforced by the global coronavirus pandemic has become the new norm for most nations across the world, for Palestinian football it only reflects a situation that was already part of daily life with Israeli military and checkpoints already restricting movement and football activity. Sa’id’s death is a reminder of that wider and on-going political problem and its restriction on freedoms, at a time when the rest of the world is trying to shake off the comparatively short-term grip covid has taken over their freedoms.

A Facebook post said: “Sadly, this once promising youth will play no more, and dream no more…But what is even more sad is that Sa’id will not be the last footballer whose tragic and untimely death we will be reporting to a world that hears but never listens, looks, but never sees. The death toll will continue to go on as long as the Israeli occupation continues to target footballers and non-footballers with impunity, while the world remains silent before such crimes. May Sa’id find in the grace of heaven what the occupation denied him on earth.”