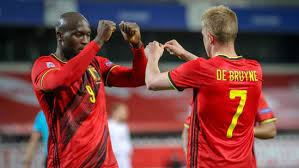 May 27 – The Belgian national team will receive a Pfizer vaccination before Euro 2020 with a second jab to follow after the continental finals, the Belgian FA (KBVB) has confirmed.

The KBVB had been campaigning for its team to be vaccinated before the kick-off of the European Championship on June 11 and with Belgian prime minister Alexander De Croo in favour of the idea the ‘Red Devils’ will now receive a first jab before they embark on their campaign.

The 26-man squad as well as eleven back-up players and 14 members of staff will be inoculated with Pfizer and will receive a second jab after the tournament. The idea to use the Johnson & Johnson vaccine, which requires just a single dose, was discarded because of uncertainty over the number of vaccines available and the implementation of an age requirement. Earlier this year, Belgian authorities green lighted vaccinations for the country’s Olympic athletes.

Belgium will get their Euro 2020 campaign under way against Russia in Saint Petersburg on June 12 before facing both Denmark and Finland in other Group B matches. Despite an aging defense, Roberto Martinez’s team is among the favourites to win the tournament.

Heavyweights Italy and France will also be protected before the finals. Italian players were given their second doses in Milan and Rome on Monday before travelling to Sardinia for their pre-tournament camp.