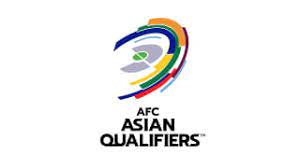 By Paul Nicholson
June 1 – The AFC has confirmed it is switching the remaining matches of its Group A, Asian Qualifiers, from China to the United Arab Emirates following outbreaks of coronavirus in the Syrian and Maldives delegations.

The last minute switch was forced on the AFC a day after China restarted their qualification campaign with a 7-0 win over Guam.

China was the centralised venue for the group featuring the Maldives, Syria, Guam, Philippines, and had planned to host in a health bubble in Suzhou. However, with the covid outbreaks within the squads and travelling parties, the Chinese FA had to bow to Chinese national regulations and withdraw from hosting the final matches.

The remaining seven matches in Group A – which will qualify teams for both the next round of the AFC’s World Cup 2022 qualifying and directly into the Asian Cup China 2023 – will be now held at the Sharjah Stadium.

They are scheduled to start 3 June but will the timetable is still to be confirmed by the AFC and depends on the arrival schedules of teams in Sharjah.

AFC General Secretary Dato’ Windsor John was quick to thank the UAE FA for their speed and willingness to stage the Group A matches. It was a testament to the unity within the AFC’s member associations that a new host could be found at such short notice.

“These are indeed unprecedented times for everyone, and, on behalf of the AFC, I would like to thank the UAE FA for agreeing to host the Group A matches of the Asian Qualifiers,” said John.
“The UAE FA’s commitment to host the matches within such a short lead time is testament to their spirit of understanding and organisational excellence, and we are confident that they will provide the best possible environment for our teams and players.

The UAE is already hosting the final matches in Group G, where they face Vietnam, Malaysia, Thailand and Indonesia. Those matches are scheduled to start on 3 June at the Maktoum Bin Rashid Al Maktoum Stadium and the Zabeel Stadium in Dubai.

UAE FA General Secretary Mohammed Hazzam Al Dhaheri said: “The United Arab Emirates Football Association is delighted to host the Group A matches of the Asian Qualifiers in the spirit of Asian unity and solidarity.

“We have demonstrated with the hosting of more than 14 national teams’ camps and international friendly matches in preparations for the World Cup Qualifiers, the advanced football infrastructure in the United Arab Emirates. In addition, the AFC Champions League (West) in Sharjah showcased the capabilities of the UAE in staging world-class competitions.”

The UAE are in a delicate position in their group, five points behind leaders Vietnam but with a game in hand and five to play, including what will likely be the group decider against Vietnam.

China are precariously positioned in their group, lying five points behind table topping Syria with just three matches to play.
The AFC has continually emphasised the importance of getting its competitions played but not at the risk of public and player health. Space in the calendar is tightening but the AFC has proved nimble at finding work-a-rounds with the support of its member associations.

“The AFC outlined its desire to ensure the safe and successful resumption of the Asian Qualifiers and we are determined to deliver on our plans, keeping in mind the highest health protocols, for the benefit of all our participating teams, players, fans and key stakeholders,” said John.