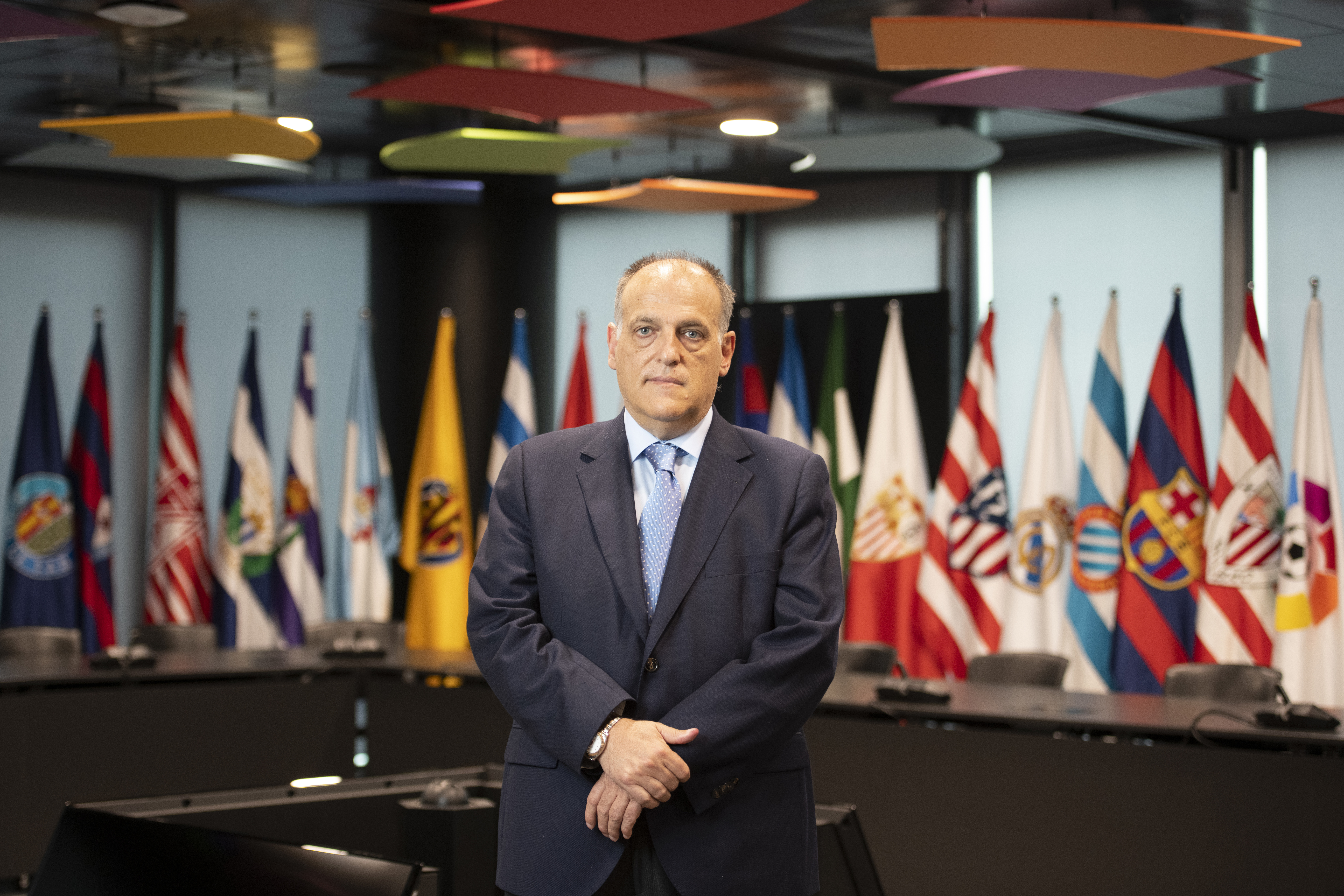 July 9 – La Liga chief Javier Tebas  (pictured) has rubbished the idea of staging the World Cup every two years – and also insists the European Super League is dead in the water whatever the European Court of Justice decides.

Tebas gave a wide-ranging interview to a group of selected reporters on Thursday and was his usual frank and combative self as he addressed some of the game’s pressing issues.

Last week, FIFA’s head of global football development Arsene Wenger re-iterated his call for a biennial World Cup as part of a complete overhaul of the calendar.

But Tebas, a UEFA executive committee member, says this would be total folly.

“The European leagues are totally against it,” he said. “We have enough competitions and an eco-system that works pretty well.”

“The World Cup, European Championship, Champions League, national leagues – they are all excellently run. Let’s just stop creating new competitions. All they do is destroy the way everything is working at the moment.

“We are all in favour of financial solidarity but not for the formats to be changed. We shouldn’t destroy what’s already working. All these fantastic brilliant minds – all they know how do to is create new formats. It’s been going on for years and it’s time to say ‘that’s enough’.”

Whilst the Super League venture collapsed almost as soon as it was launched earlier this year, three clubs – Juventus, Real Madrid and Barcelona – continue to hold out and the case is now with the European Court of Justice  to decide whether UEFA and FIFA are imposing an unfair monopoly and whether rules would be broken if UEFA tries to throw any clubs out of the Champions League for organising a tournament outside of its jurisdiction.

Tebas says the ECJ’s ruling, whenever it comes, will make no difference.

“Even if a ruling from the European Court of Justice is favour of these three clubs, it will not open the door for a Super League,” he said.

“The (six) English clubs are no longer part of it and England is no longer part of the European Union. I can’t contemplate any competition in Europe without the English teams so I don’t think the ECJ ruling will have that much effect.”

Tebas also repeated his oft-used phrase “financial doping” to describe the actions of some of Europe’s richest clubs in the way they build up revenues to buy the world’s best players.

“This is what is really damaging football,” he said. “It inflates the salaries, it means that there is non-real money that is involved, because it is not generated by the club.

“So if the money in the football industry isn’t generated by football, it just causes inflation, and it’s a bad type of inflation that just ruins football because then the clubs have to put in all this effort that is well above their financial capacity. They just have to look at their sports capacity.

“We need to really fight against this, and we will continue to do this all the time. I think this is one of our pending issues in European football and if it’s not solved soon, it could lead us to a very complicated financial situation in European football.”