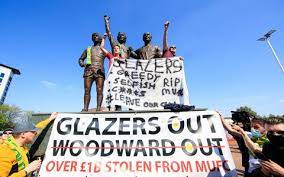 July 16 – The European Court of Justice (ECJ) has rejected a Madrid court’s request for an accelerated judicial procedure in the European Super League case.

The decision will be a blow to the three remaining rebel ESL clubs Real Madrid, Barcelona and Juventus) who had wanted a quick decision in the hope they could progress their own breakaway plan and salvage both reputation and revenue from a project that has been disastrous.

Reports are that the ECJ informed the Madrid court by letter that an expedited process had been denied on July 8.

The reason for refusing an expedited process appears to be to allow all interested parties to make their submissions by an October 18 deadline. It is not expected that there will be much political support for the ESL complaint considering the scale of the public backlash against the ESL.

What was remarkable about the opposition to the competition was that it was both universal and uncoordinated with fan groups even taking to the streets in England to protest against their club owners and the ESL outside their club grounds.

The six English clubs in the breakaway – Arsenal, Chelsea, Tottenham Hotspur, Manchester United, Liverpool and Manchester City – rapidly withdrew from the ESL and apologised to fans. As did Atletico Madrid, Inter Milan and AC Milan.

UEFA said that it would sanction the three rebel clubs who were continuing with the ESL with a suspension from Champions League and Europa League participation looking the most likely of the clubs continued with their ESL plan.

But UEFA wasforced to suspend disciplinary proceedings after being notified by the Swiss authorities that the Madrid court had passed a holding order that FIFA, UEFA and all its associated federations must not adopt “any measure that prohibits, restricts, limits or conditions in any way” the Super League.

UEFA said at the time: “In reliance on the Court Order, the mentioned three clubs have sought to shield themselves from potential disciplinary consequences related to this so-called ‘Super League’ project.” However, UEFA added that the suspension of disciplinary proceedings was temporary.

Any return to those disciplinary proceedings will still have to wait until the outcome of the ECJ decision. However, by long-tailing the decision Real Madrid, Barcelona and Juventus are looking increasingly isolated.