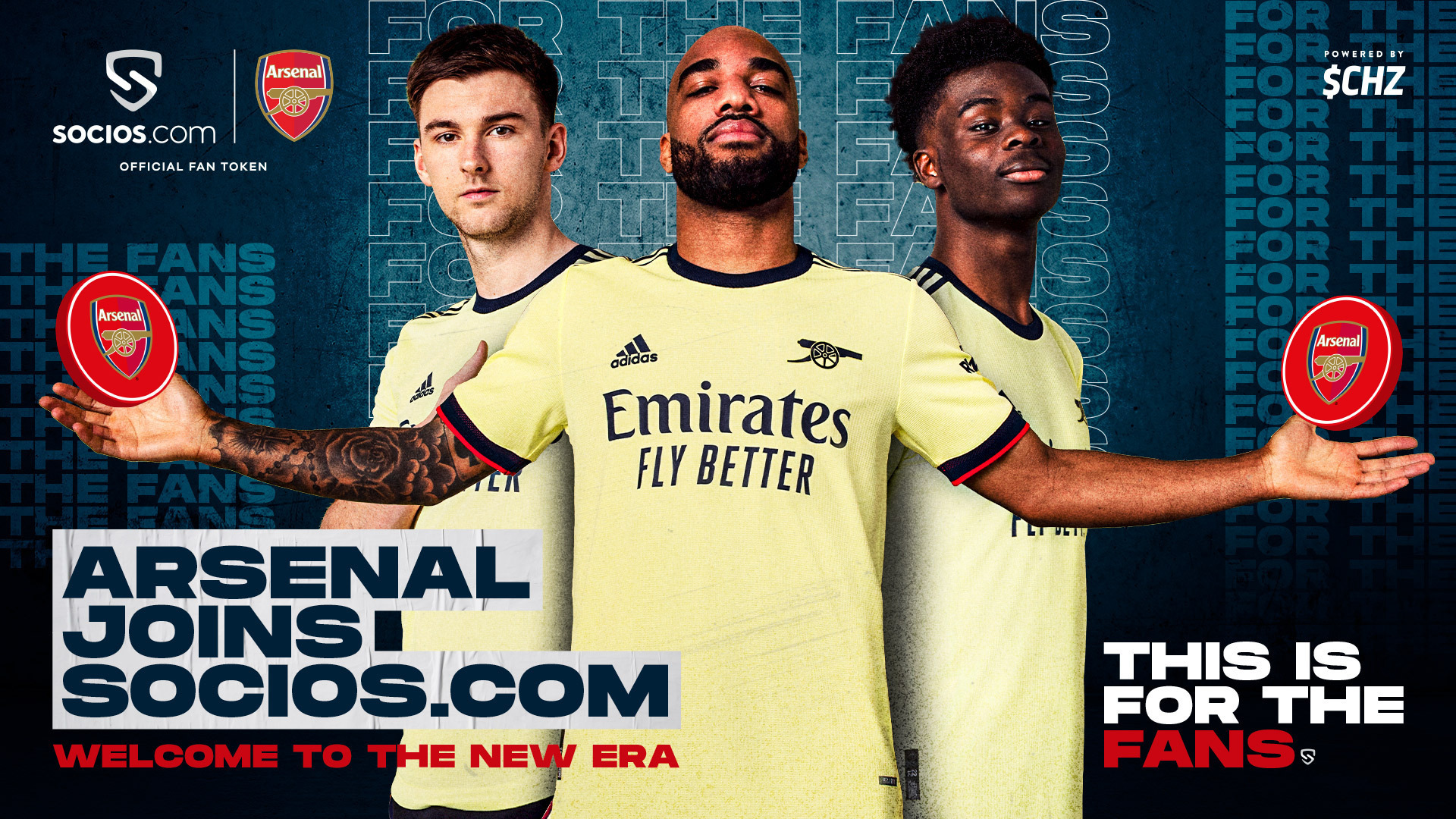 July 20 – Arsenal have become the second Premier League club to sign up with blockchain provider Chiliz to offer cryto fan tokens on the Socios.com app.

Manchester City were the first Premier League club to announce they would launch a Fan Token on the Chiliz platform in March but have still to come to market with their offer. No indication was given on the launch date of the $AFC Fan Token, or how many tokens would be issued and at what price.

$AFC Fan Tokens will give holders the chance to influence the club in a series of interactive polls across a variety of decisions every season as well as provide access to access club-related content and participation in club-related games, competitions and quizzes, competing in global leaderboards (so-called gamification of apps and rewards that are now a bedrock of engagement-driven marketing).

The Fan Tokens will by fully tradeable on a host of major cryptocurrency exchanges including Coinbase and Binance.

Peter Silverstone, commercial director at Arsenal said: “We are excited to launch this partnership with Socios that will bring our huge global fan base even closer to the club. … When we launch the $AFC Fan Tokens together we will give our hundreds of millions of fans worldwide more opportunities to interact with the club and be a part of our global family.”

Socios.com has made a series of major announcements in the last week including taking the front of shirt sponsorship of LaLiga’s Valencia to promote the $VCF Fan Token, as well as the title sponsorship of Argentina’s top tier Primera Division, to be renamed the Torneo Socios.com for the 2021/22 season.

Alexandre Dreyfus, CEO of Chiliz and Socios.com, said: “Every football fan is part of a community.  In fact, one of the best things about being a football fan is feeling like you’re part of something bigger. Knowing that when you celebrate a goal, thousands, and, in Arsenal’s case, millions of Gooners, all around the world, are jumping around celebrating – doing exactly the same thing you’re doing. There’s a global community of Arsenal fans united by their shared passion for their club.”