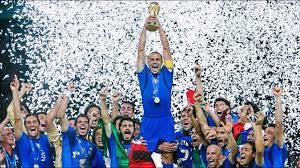 July 19 – Saudi Arabia is considering teaming up with Italy to host the 2030 World Cup.

The Athletic reports that US firm Boston Consultancy Group is providing guidance to Saudi Arabia on its bid and is reportedly advising them to consider broadening their alliances, with both Egypt and Morocco mooted as other potential partners.

On Thursday, Italian federation president Gabriele Gravina indicated at a press conference that the country is looking at the possibility. Gravina said that his FA “will evaluate an Italian candidacy for the 2028 European Championship and the World Cup of 2030, in which the centenary of the World Championship is celebrated.”

Saudi Arabia has never hosted the World Cup, but recently accelerated staging major sports events including hosting grouped AFC World Cup qualifiers and AFC Champions League matches. Saudi Arabia is also a leading bidder for the 2027 Asian Cup. Even so, the Saudi bid for the 2030 World Cup would be a long shot.

There is a plethora of other potential joint bidders with stronger credentials and historical ties to the game plus a potential five-nation bid from England, Scotland, Northern Ireland, the Republic of Ireland and Wales. That bid received a setback, at least according to some observers, following London’s staging of the Euro 2020 final. Spain and Portugal are also considering a bid. The Spanish last hosted the World Cup in 1982 while Portugal staged Euro 2004.

Morocco could once again throw their hat in the ring, partnering with a North African neighbour, but the Kingdom has on five occasions failed to land the global finals, the last time in 2018 when the USA, Canada and Mexico won the hosting rights for the 2026 World Cup. That will be the first tournament in a 48-team format.

Hence why South America is also pondering a joint bid for 2030 with Uruguay, Argentina, Chile and Paraguay in the mix, centered on the centenary of the inaugural tournament in Uruguay.

Romania, Greece, Bulgaria and Serbia have expressed their intent to jointly bid for the tournament. In Asia, China has also been mooted as a challenger.