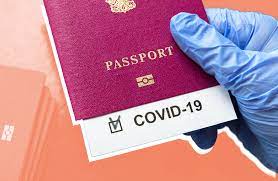 July 21 – Fans attending Premier League grounds from the end of September may have to show proof they have been double vaccinated under plans being considered by the British government.

According to the BBC, football grounds would be part of a move to introduce some kind of vaccine passport scheme at all sports events of more than 20,000 – a far cry from the 60,000 who were allowed to attend the semi-finals and finals of Euro 2020 at Wembley earlier this month.

Boris Johnson’s government was heavily criticised for that – and for permitting a staggering 140,000 spectators to attend last Sunday’s British Formula One Grand Prix,  the largest attendance for a sporting event in the UK since the pandemic began.

“We are working closely with organisations that operate large, crowded settings, where people are likely to be in close proximity to others outside their household, to encourage the use of the NHS Covid pass, where appropriate,” a government spokesman said.

The UK recorded 96 Covid-related deaths on Tuesday, the worst figures since March – and a further 46,558 cases.

The Times newspaper says the Premier League is in talks with clubs over the introduction of compulsory Covid passports for fans from even earlier than September – the start of start of the season. Even if it is not required by the government.

The league has apparently has proposed “going early” with its own policy, to counter any threat of cuts in crowd capacity.