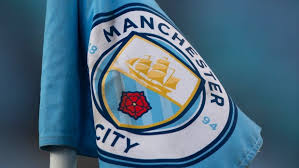 July 22 – Yet another pre-season tour has been hit by Covid with Manchester City scrapping their friendly against Troyes in France due to UK travel regulations, meaning Pep Guardiola’s side will play just two warm-up games before they begin their Premier League title defence at Tottenham next month.

The game was scheduled to go ahead on July 31, but the new ruling introduced on Monday ordering arrivals from France to quarantine for five to 10 days made it impossible to fulfil the fixture to go ahead.

A club statement read: “Manchester City are disappointed to confirm that our planned pre-season friendly at fellow CFG club ES Troyes AC has been cancelled.”

“Both clubs explored all avenues to be able to play the game, but the recent UK government changes to quarantine rules for travellers returning from France, has made the required restrictions too difficult to overcome.”

City are set to play Championship side Preston North End in a behind-closed-doors friendly on July 27 before travelling to Wembley to face Leicester in the traditional pre-season Community  Shield between the winners of the domestic league and cup.

Troyes, who were promoted back to Ligue 1 last season, would have provided strong opposition for City in the build-up to the new campaign but there are no plans to arrange a replacement friendly.