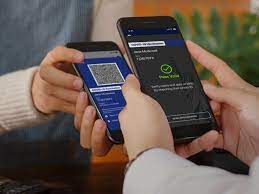 July 26 – Plans by the British government to ban supporters who have not been fully vaccinated from Premier League and other professional grounds has been met with scepticism from supporters’ groups, human rights organisations and opposition politicians.

Moves are reportedly afoot to extend the use of vaccine passports from nightclubs to sports stadiums, meaning spectators will need to show proof of being double jabbed to gain entry at turnstiles. Belgium has already approved plans for its own vaccine passport – the Covid Safe Ticket – that will allow Belgian Pro League stadiums to go to full capacity in August.

Last Thursday, UK vaccines minister Nadhim Zahawi told Parliament that “as a condition of entry” to spectator sport events” people will need to show that they are fully vaccinated and proof of a negative test will not be sufficient”.

Some reports say the controversial move would apply to all 92 professional clubs in England though others say it would only relate to grounds with a larger capacity than 20,000.

“To insist on vaccine passports less than a month before the start of the season will cause major disruption, especially at the lower end of the pyramid,” Labour ’s shadow secretary of state for sport Jo Stevens was quoted as saying

Human rights group Liberty also criticised the plans. “We all want to know we are doing the right thing to stay safe and protect each other, but this is yet another unnecessary and divisive intervention that will end up damaging communities, not helping them,” said its director Grey Collier.

“Vaccine passports will ultimately create a two-tier society in which some can access freedoms and support while others are shut out. This authoritarian approach has been the hallmark of this government’s pandemic response.”

Football Supporters Association chairman Malcolm Clarke commented: “I think if they’re going to do this with big football crowds they need to have the resources to do the checks in a way that doesn’t cause chaos.”

“In terms of the practicalities and logistics it will probably be relatively easy because we are all used to working in difficult conditions,” he said.

“It will obviously hurt finances but I don’t think it will be disastrous for clubs. While it will be unwelcome from a financial perspective, if it’s the right thing to do the clubs will do it.”