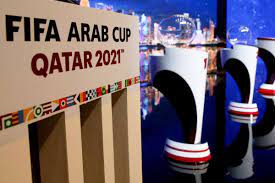 August 3 – FIFA and local organisers have confirmed a mandatory vaccination policy for all ticket holders at the 2021 Arab Cup, a World Cup dress rehearsal in Qatar in December.

On Tuesday, tickets go on sale for the competition, featuring 16 teams from across the Arab world between 30 November and 18 December 2021. With the Confederations Cup defunct, the tournament will serve as the major test event for the World Cup hosts..

“In light of the COVID-19 pandemic and as was the case for the FIFA Club World Cup 2020 and the FIFA Arab Cup Qatar 2021 qualifiers held in June 2021, the host country will provide the required safeguards to protect the health and safety of all involved in the competition,” a FIFA press release read. “To date, ticket holders are required to be fully vaccinated.”

No further details were yet released by FIFA, but the policy fits with Qatar’s plans for the World Cup. In June, the Prime Minister Sheikh Khalid bin Khalifa bin Abdulaziz Al Thani told Qatar newspaper editors that the Gulf nation is trying to secure a million vaccine doses to immunize fans planning to watch World Cup matches.

Qatar will require fans at the 2022 World Cup to have received coronavirus vaccines to get into games. Qatar recorded 150 new coronavirus cases on Monday, but no deaths. To date, the Gulf state has immunized 61.4% of its population.

The first ticket sales phase for the Arab Cup will conclude later in August. In a second phase from 28 September to 12 October, tickets will be sold on a first-come, first-served basis. A Fan ID system will be implemented for fans entering Qatar. They will be able to attend matches at six World Cup venues: Al Bayt Stadium, Al Thumama Stadium, Ras Abu Aboud Stadium, Ahmad Bin Ali Stadium, Education City Stadium and Al Janoub Stadium.