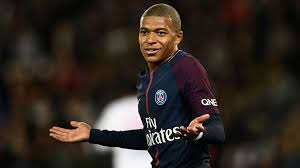 August 25 – Real Madrid launched a €160 million offer for the services of Kylian Mbappe, but it has been quickly rejected by Paris Saint-Germain.

The French star wants out of the French capital and has so far refused to renew his contract, which runs out next season. It’s no secret that Mbappe eyes a move to Real Madrid and with six days left before the transfer window closes Madrid president Florentino Perez has moved to bring Mbappe to the Bernabeu with a mammoth offer of €160 million.

The PSG player has long been Perez’s number one target and Madrid did some groundwork for a potential transfer last summer. PSG has refused to consider any offers for its player, but with Mbappe’s strong desire to leave the club has relaxed its stance somewhat.

On Tuesday, Spanish sports daily Marca wrote that ‘PSG now open the door to Mbappe’, saying that a €150 million transfer is “more possible than ever” although there’s still a mood of “maximum caution” at the Bernabeu.

Yet, it is a remarkable offer for a club and European giant experiencing a major financial crisis. Madrid have cleared the decks in the last couple of seasons and haven’t signed major players in the last few transfer windows.

Their finances have also been hit by the Covid-19 crisis. Earlier this year Real reported a gross total debt figure at €901 million with the net debt at €355 million.

In spring, Madrid was among the leading clubs to drive the creation of a breakaway European Super League, which collapsed within 48 hours of its launch but would have offered a new avenue of revenue. Perez also shot down La Liga’s recent €2.1 billion agreement with private equity firm CVC and is revisiting JP Morgan to broker a deal of his own.

The club banked €41 million for Raphael Varane’s move to Manchester United and €40 million for Martin Odegaard’s transfer to Arsenal this summer, but that money alone won’t be enough to lure Mbappe to the Spanish capital.