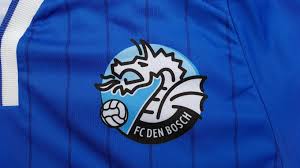 Den Bosch is the seventh club in a stable that includes Danish outfit Esbjerg FB, French team AS Nancy, Belgium’s KV Oostende, FC Thun of Switzerland and England’s Barnsley. It also marks the first multi-ownership deal in the Netherlands.

“Look, we can of course start throwing money around, but that’s not how we work,” said PMG’s Paul Conway.

“All too often you see clubs that are promoted and get relegated immediately afterwards. So they are not ready for the highest level. We want to build here, let the budget grow and put together a team that can play a role in the Eredivisie after promotion. And then it doesn’t matter whether it takes a year or two longer before we get promotion. We have to be patient.”

Conway was a former entertainment investment banker at Oppenheimer & Co and made his personal wealth completing more than 50 transactions worth $12 billion during his time in investment banking. Together with Chien Lee, the founder of New City Capital, he is a driving force behind PMG, who take a data-driven approach to building squads.

“That’s how many American sports clubs work,” explained Conway. “You see that far less in Europe. In the Netherlands, only AZ works in this way. We will set up our own data team here at FC Den Bosch. That can give this club a huge advantage over the competition. And of course we have our own network.”

The new owners will have their work cut out. On Friday, Den Bosch were hammered 5-0 on home soil by Excelsior. They remain in mid-table in the second division with six points from five matches.