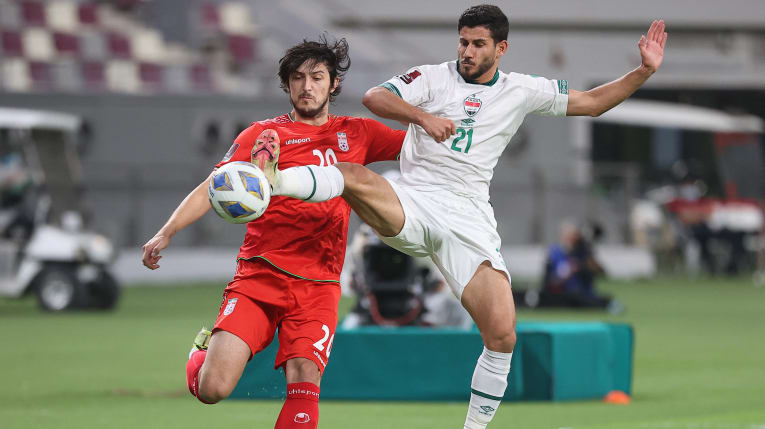 September 8 – Iran, Australia and Saudi Arabia have taken early advantage in the last round of Asian Qualifying for Qatar 2022. All three won their opening two games and top Groups A and B in the 12 team qualifiers.

In Group A Iran are the only unbeaten team on six points having dispatched fierce local rivals Iraq 3-0 and Syria 1-0. They are followed by South Korea on four points who opened with a draw against Iraq and then beat Lebanon 1-0.

Group A is tight with third placed UAE opening with two draws and the next three teams – Syria, Lebanon and Iraq all with a point.

The top two teams qualify for Qatar 2022 directly with the third placed team in each group playing off for a shot at the intercontinental play-off.

In Group B, Australia opened with a comfortable 3-0 ‘home’ win against China (they are playing their home game in Doha, Qatar due to covid quarantine restrictions), before overcoming Vietnam 1-0 in a tricky away fixture against one of the AFC’s fastest improving nations.

Second placed Saudi Arabia opened with a 3-1 home win over Vietnam before winning 1-0 away to Oman in Muscat.

Oman, who have never qualified for a World Cup and never reached this stage of qualification before, had the big win of the first round with 1-0 victory over the AFC’s top ranked team Japan.

Japan put their own qualifying back on track with a 1-0 win over China.