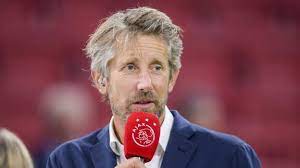 September 8 – Ajax chief executive Edwin van der Sar has warned that players will “take matters into their own hands” in the fight against racism if governing bodies don’t do enough to stamp it out.

With frequent instances of abuse still rife across the Continent, Van Der Sar, vice-chairman of the European Clubs Association (ECA), says it is only a matter of time before the victims stage their own protests.

Former AC Milan midfielder Kevin-Prince Boateng was widely praised when he walked off the pitch during a match against Italian fourth tier side Pro Patria back in 2013 and van der Sar implied that could become the norm if sanctions are not stepped up by the relevant authorities.

“We need action,” said the former Manchester United goalkeeper who has been chief executive of Ajax since 2016.

He says players will no longer put up with words of condemnation.

“It is good for organisations to step in if there is widespread racism, but at certain points players will take it in their own hands if the governing body is not doing enough.”

“That moment is coming closer and closer. It is time for organisations to look at these horrible actions from the stands. Talking has been done for a long time.”

Van der Sar made his comments at a press conference following the European Club Association (ECA) annual assembly on Tuesday.

In the latest case of discrimination from the terraces, in Hungary last week, England players Raheem Sterling and Jude Bellingham were subject to racist abuse with Bellingham calling for “proper punishments to be put in place”.

“All I heard in Poland is criticism of what happened to the England players in Hungary,” said Mioduski. “I haven’t heard anything else. So I am not worried that similar things will happen in Poland, because clearly everybody was appalled by this.”