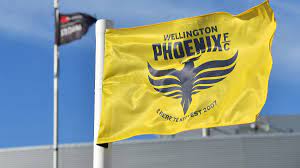 September 10 – Australia’s W-League has added a tenth team for its 2021/22 season, with the addition of Wellington Phoenix from New Zealand joining the competition.

The expansion comes two years ahead of the 2023 FIFA Women’s World Cup to be held in Australia and New Zealand and will see the competition grow from 57 to 74 matches. It is the first new team to join the league since 2015.

The initial agreement to allow Wellington Phoenix to participate in the W-League is for 2021-23.  Football Australia said this was a “significant moment for the W-League and the ongoing development of women’s football in Australia and New Zealand, at a critical time in the lead up to the FIFA WWC 2023.

“This is a further example of the legacy that Football Australia and Football New Zealand are building as we head to the FIFA WWC 2023.”

Under the terms of Wellington joining the W-League, at least seven players must be Australian, while up to four more can be visa players. In a squad of 18, the split will be 11 from NZ players and at least 7 from Australia. If Wellington want to include a foreign player from another country, this player needs to come at the expense of their NZ player allocation. The rest of the W-League clubs are allowed four foreign spots each.

An underpinning an agreement between Football Australia and New Zealand Football secures funding to support one New Zealand-qualified player in other W-League clubs outside of Wellington Phoenix for the 2021/22 and 2022/23 seasons.

The team will be run as a partnership between Wellington Phoenix and New Zealand Football and, due to both countries being in covid lockdown, is likely to be based in New South Wales for the early stages of the coming season, until the resumption of the Trans-Tasman travel bubble between the two countries.

“We promised we would move quickly to implement the vision contained in our strategy for the growth of women’s football, and having Wellington join the W-League next season immediately creates more games and more football,” said Greg O’Rourke, APL Leagues Commissioner.

“It comes hot on the heels of a groundbreaking collective bargaining agreement that immediately lifts standards across all our clubs, particularly for the players in the W-League teams.”