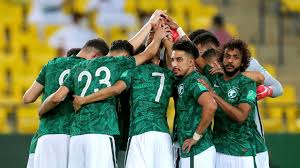 September 13 – Saudi football is aiming for the sky. On Saturday, the Saudi Arabian Football Federation (SAFF) launched a new strategic development plan that aims to lift the Kingdom to the elite circle of the game by the time of the 2034 World Cup.

In recent years, rollouts of ambitious development plans have become very modish in Asian football, often inspired by and modelled on prominent European countries and this weekend it was Saudi Arabia’s turn. The Arab powerhouse wants to transform its football by focusing on seven pillars – pathway, competitions, women’s football, technology, workforce, global prominence and governance.

“Sports is an integral component of Saudi Arabia’s transformative Vision 2030, and we are thankful for the unconditional support and wise vision of our Kingdom’s leadership,” said the minister of sports and president of the Saudi Arabian Olympic Committee Prince Abdulaziz  Bin Turki Al-Faisal.

“Football contributes to all the key pillars of our holistic strategy as a ministry. It’s a game that represents a source of great passion for Saudis in general, as it promotes diversity and inclusion in our society, and supports participation, youth development and the sports economy.

“We want to aim to be genuine contenders on the global stage to truly reflect the undeniable talent of our youth along with the country’s love for the game.”

The plans include a form of decentralisation with greater influence for the regions as well as the launch of a uniform coaching curriculum and youth structure program at club level. SAFF will have 13 regional offices, aims to stage 50 competitions by 2025 and wants to reshape the Saudi Super Cup.

“Our comprehensive and ambitious plan will propel Saudi Arabia to become among the elite football nations through an extensive investment in player development and targeted solutions across the pathway,” said SAFF president Yasser Al-Misehal.

Ultimately the target for the Green Falcons, the national team, is to rank among the top 20 nations in the world. At present, Saudi Arabia sits in 61st spot on the FIFA ranking, sandwiched in between Mali and Burkina Faso.

Saudi Arabia have participated in five World Cups and maintain a perfect record after two matches in the final round of qualifying for next year’s global finals in Qatar. Saudi last won the Asian Cup in 1996. The Kingdom is bidding to stage the continental tournament in 2027.