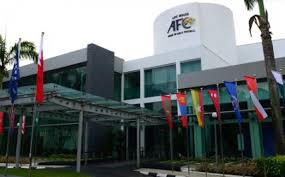 September 14 – The AFC has made a statement on the International Match Calendar consultations,”welcoming” discussion on the proposed calendar revamp and biennial World Cup, and emphasising that it’s focus in the talks will be on ensuring Asian voices are represented.

While the AFC is positive about the calendar discussion, the confederation also emphasises that its focus is on and “remains committed towards strengthening its engagement with the largest stadium in world football – Asia’s passionate fans – so many of whom continue to engage in record numbers, as it seeks to ensure football remains the Continent’s most popular sport.”

That growth has predominantly come via the building of the AFC’s own events regionally, and increased participation levels across all its federations. The AFC’s subtext is that it needs to sit down with its federations to work out the real-world implications for them and their own objectives of growing the game in their countries. That growth is not necessarily just about providing a bigger commercial marketing base for FIFA’s ambition.

The crucial decision for the smaller football federations, not just within the AFC but also within other confederations, will be assessing the impact on their own competitions and opportunities for their nations against any promised increase in money. For them the question should be whether a biennial World Cup impacts their own regional playing opportunities – realistically most of them are unlikely to ever qualify for a World Cup, but could qualify for meaningful regional competition.

Ultimately the decision will come down to funding, and the impact on the increasing numbers of existing regional commercial partners if FIFA goes ahead with its plans. A biennial World Cup could mean more money for individual federations promised via their FIFA grants (they currently have access to up to circa $10 million in the current four year cycle), but if that impacts money for their own regional championships such that they are descaled and devalued, they will likely end up having reduced playing opportunity at the elite level rather than increased it.

The AFC makes the point that “as outlined in its Vision and Mission, (it) has emphasised its clear ambitions to ensure Asia’s teams and players continue to shine on the world’s biggest stages through world-class competitions and in delivering tailor-made programmes to further enhance the development of its Member Associations.”

The AFC labours the point of collaboration and inclusivity – something that in the past has not always been the case.

“The AFC recognises the natural synergies of organising more meaningful matches, as outlined in ‘the football for tomorrow’ vision but, above all, applauds the spirit of partnership and strong principles of inclusivity, which FIFA’s consultative approach seeks to achieve,” said the statement.

Further emphasising the point of building towards “collective success”, the AFC references the strength of solidarity amongst its member associations that have been the foundation and the philosophical heart of building competition and competencies within the Asian region.

“The AFC takes great pride in the strength of its Member and Regional Associations and our ambitions have always been to build on and protect the same unity and solidarity alongside the world football community in fostering a better and brighter future for the global game,” said the statement.

“The AFC remains firmly committed towards working with all its stakeholders and we look forward to engaging actively in shaping the future of the International Match Calendar, one which reflects the diverse needs and unlocks the potential benefits for every region across the globe.”