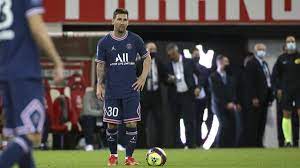 September 15 – PSG has topped a ranking of teams according to the number of passes made per match during current season. The data is pulled 36 leagues worldwide – 32 in Europe and 4 in the Americas.

The ranking compiled by the CIES Football Observatory using InStat data . PSG average 738 passes per match, a 92.2% success rate. They are followed by Ukraine’s Shakhtar Donetsk with an average of 730 passes, Celtic with 708 and Manchester City with 703.

The CIES report authors highlight the Shakhtar stats saying: “In terms of the percentage of passes made in the opposite half, the Ukrainians are clearly at the top with an astonishing 68%, ahead of Manchester City (60%) and Ajax (57%). At the bottom of the rankings are Cosenza (22%) and two big-5 league teams: Norwich City and Elche (both 25%). As for the rate of accurate passes, the values vary between 92.6% for Paris St-Germain and Lazio, down to just 66.1% for Salernitana.”

Looking outside of Europe, the highest figure for passes was measured for Brazil’s Flamengo (606, 87.7% of which accurate), while the lowest was observed for the Mexican side Atlético San Luis (336, 76.8%). Flamengo tops the table also for the proportion of passes in the opposite half alongside the Colombians of Deportes Quindío (50.3%). 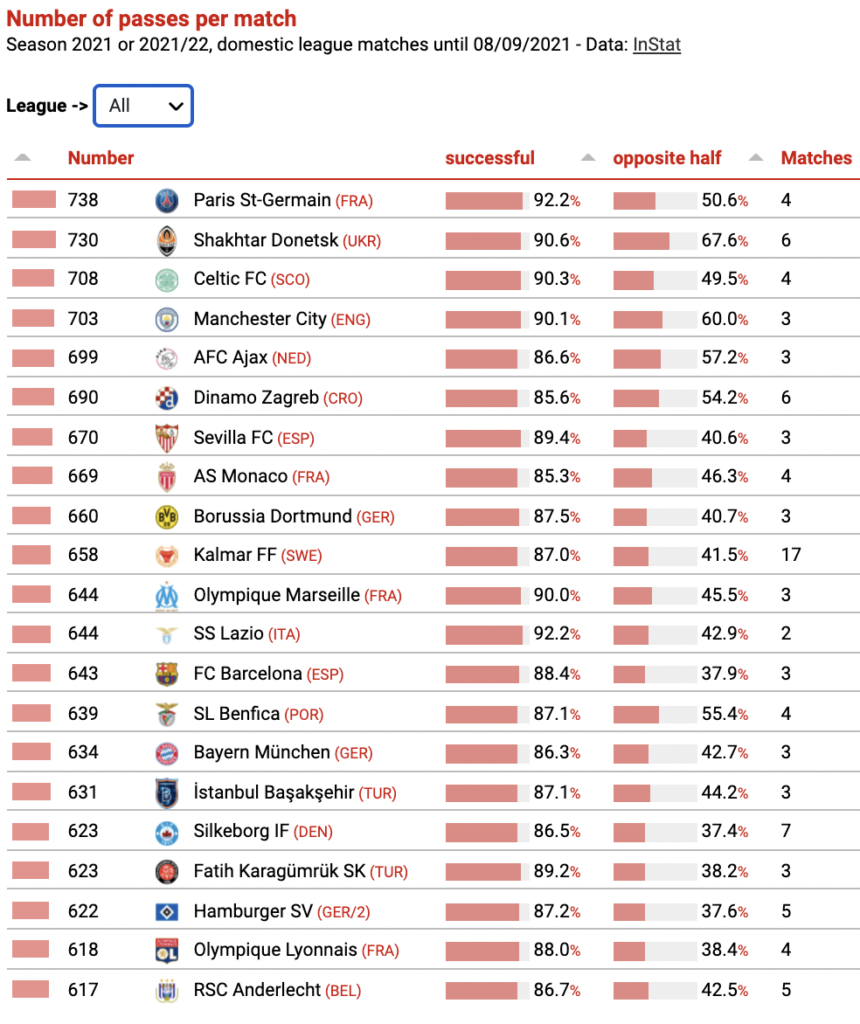 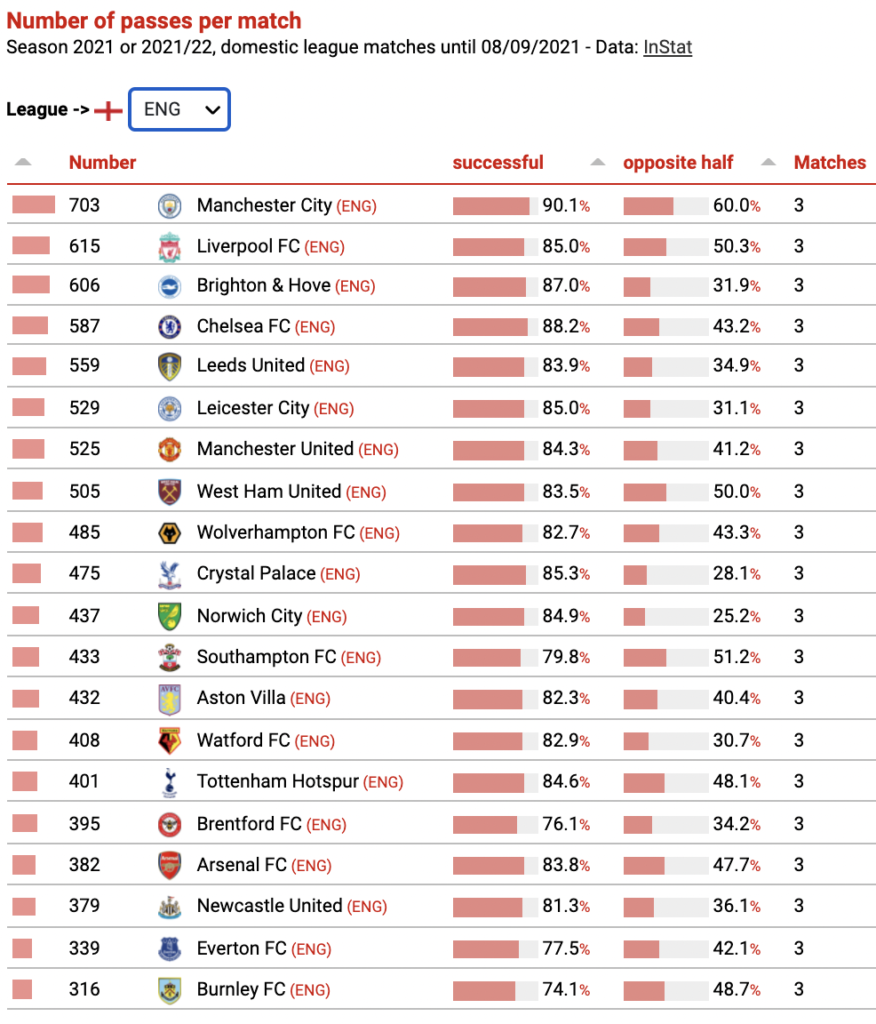 To see the full stats by league, click here.