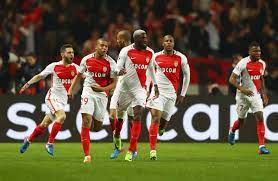 October 1 – Monaco top a league of Big 5 clubs ranked by youngest average age, while six other Ligue1 clubs from France join them in the top 10 positions.

Bayer are just ahead of Barcelona (23%) and are then followed by four Ligue 1 teams (Nice, Rennes, Marseille and Reims).

Looking at all teams surveyed, Latvian side FK Metta fielded the youngest line-ups overall (20.2 years old on average) and the Armenia’s BKMA Yerevan top the table for the highest percentage of domestic league minutes played by U21 footballers (79%) – they are second in the average age ranking (20.54).

The rankings also breaks out the clubs by confederation. Singapore’s Young Lions set the benchmark in Asia (third ranked globally) with an average age of 20.96. 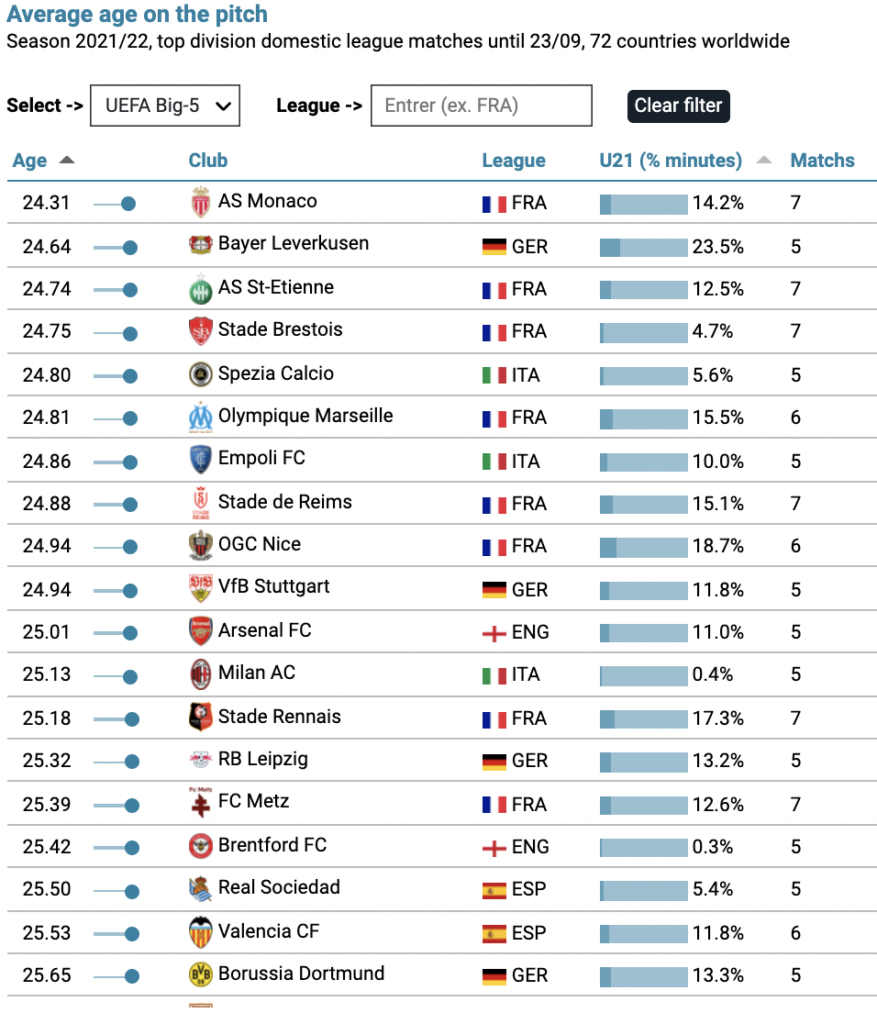 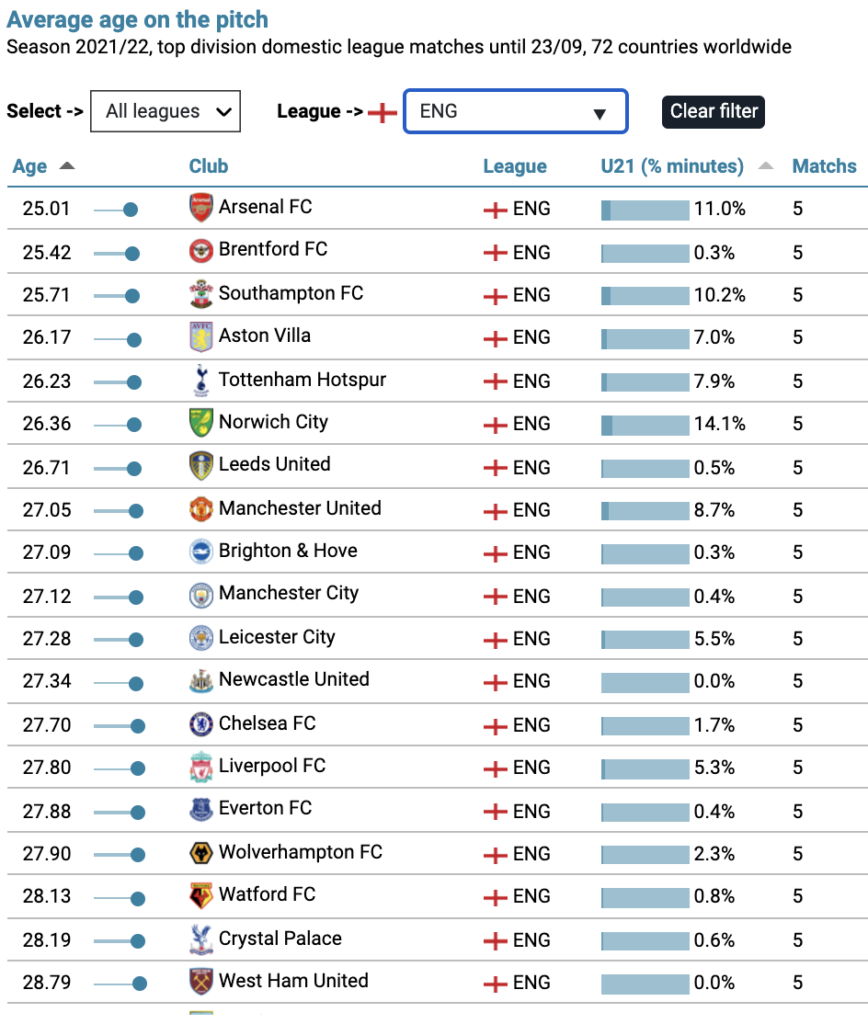 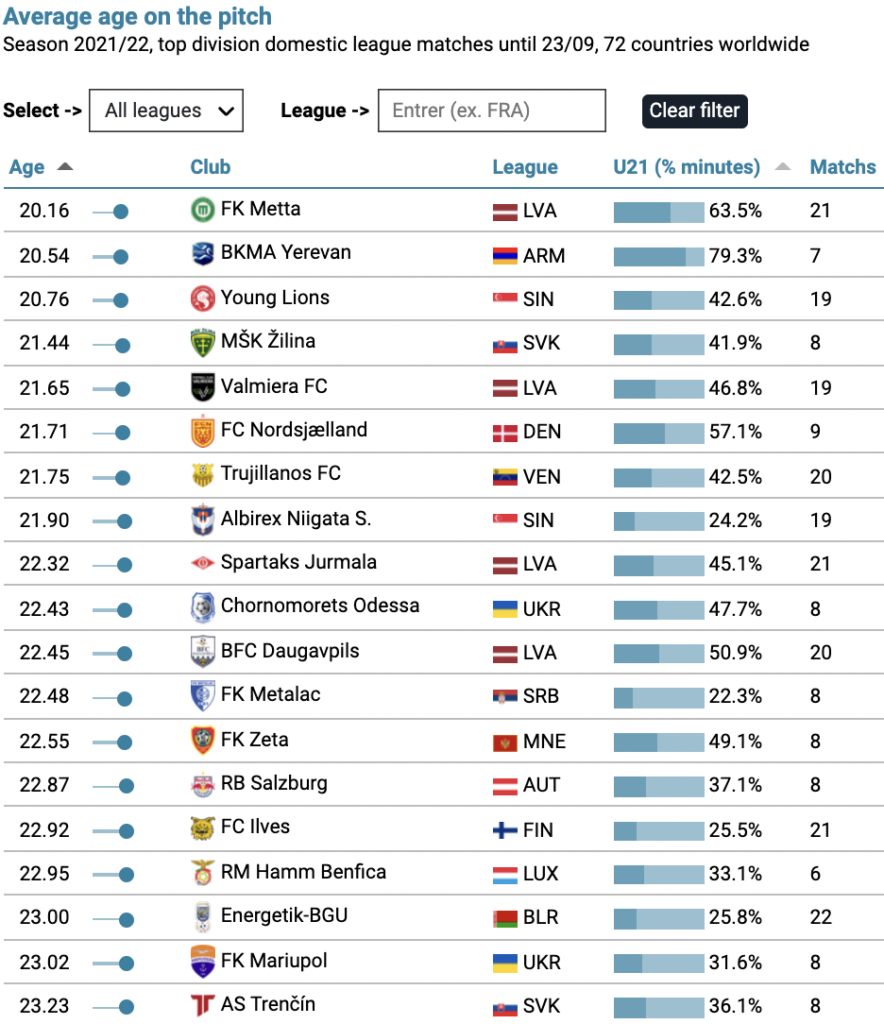 To see the full rankings by league and confederation click here.