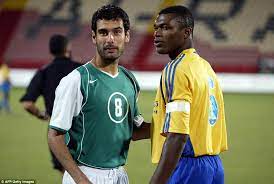 October 5 – Manchester City coach Pep Guardiola has been named in the Pandora Papers, with accusations that he held money in an offshore account in Andorra to avoid paying tax.

The 50-year-old is one of the most high-profile football names in the Pandora Papers, an investigation by the International Consortium of Investigative Journalists, based on the leak of 12 million files that expose the secret wealth and offshore dealings of some of the richest and most powerful people on the planet.

The Qatari ruling family purchased two of London’s most expensive homes through offshore companies, saving millions in tax that would have been due locally. In the US, South Dakota’s role as a $367 billion tax haven has been uncovered and India and Pakistan are among the countries to have ordered investigations in tax evasion in their country by foreign investors.

Football has also not gone untouched, with Guardiola among the names featuring in the Pandora Papers.

The current Man City coach, the papers reveal, allegedly had a current account open in Andorra until 2012 when he took advantage of a tax amnesty in Spain to regularise his finances. Until that point, he had not declared the funds held in the account to the Spanish Tax Agency. Guardiola was playing at Al-Ahli in Qatar at the time. To hide his identity, Guardiola was the representative of a phantom offshore company listed in Panama, called Repox Investments – through a document from law firm Alcogal.

Guardiola reportedly deposited his earnings from the Qatar Stars League in the Andorra account. He then used the temporary fiscal amnesty, introduced at the start of that year by then Prime Minister Mariano Rajoy, that allowed tax evaders to regularise their situation by paying 10% on any hidden income with no questions asked.

Carlo Ancelotti and Angel Di Maria have also been mentioned in the Pandora Papers.