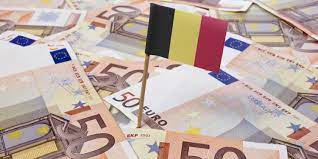 October 14 – The Belgian government has revised the fiscal regime for domestic clubs, targeting capped social security contributions with the aim of bringing in €30 million.

Belgian football clubs and players have long enjoyed fiscal benefits, with social security contributions capped at €900 a month per player, irrespective of the player’s salary. The regime allowed both the clubs and highest-paid players – former Liverpool keeper Simon Mignolet at Club Brugge a case in point – to save hundreds of thousands of euros and the football industry at large about €100 million in social security contributions alone.

But that favourable regime has come to an end when the federal government presented the new budget earlier this week, caving into longstanding public resentment over fiscal benefits accorded to professional clubs and players in a country with one of the world’s highest tax rates.

Finance minister Vincent Van Peteghem explained the government’s decision: “It was time to make the contributions of professional athletes and professional clubs fairer. The current system has led to excesses in football especially. The strong shoulders of the professional football players but also of other high-earning athletes will have to carry more burdens than small and semi-professional clubs. They will be spared in this reform. That way we can keep supporting youth development.”

Clubs have protested the reforms.  AA Gent director Michel Louwagie said that Belgium risks losing its direct ticket to the Champions as a consequence of the new rules which will apply from next season. Former Charlton owner Roland Duchatelet predicts that the domestic game will contract and that it will ultimately lead to less income for the government.

However, in the Netherlands wages have dropped in the past decade, but the country’s clubs have remained competitive.