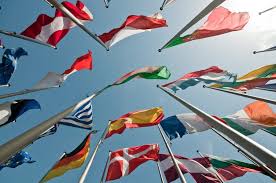 October 14 – The UK might have voted for Brexit and are now suffering a European backlash for doing so, but the English Premier League is still one of the most welcoming of foreign players of any country in the world, according to new data released by the CIES Football Observatory.

A ranking of clubs according to the percentage of domestic league minutes played by expatriates in 31 UEFA member associations found that the 16 Premier League clubs saw more than 50% of their minutes played by foreign players.

Only Italy’s Serie A had more clubs with over 50% of minutes played by expatriates – 18. Germany’s Bundesliga showed 10 teams over 50%, while Ligue1 had seven teams.

Interestingly LaLiga, for all its claims and drive for international revenues and recognition, had only six teams over the 50% mark.

Chelsea topped the ranking in the Premier League with 86.6% of minutes played by expatriates, They were followed by Wolves (81.8%) and Manchester City (78%). Manchester United with all their big money and big name signings were in contrast much lower at 54%. The least number of expat players were seen at Burnley (19.4%)

“The highest value overall was recorded for the Greek side Aris FC (98.4% of minutes), while Udinese Calcio (88.0%) tops the rankings for big-5 league clubs ahead of Chelsea FC (86.8%),” said the CIES report authors.

“LOSC Lille, RB Leipzig and Atlético Madrid are the most foreign-oriented clubs in the other three major European championships, while Rangers FC tops the table in Scotland, Boavista FC in Portugal, Fatih Karagümrük in Turkey and SBV Vitesse in the Netherlands.”

Only two teams out of the 474 surveyed did not field any expatriate player in domestic league games: the Ukrainian side FK Desna and the Basques of Athletic Club.

To see the full data by league, click here. https://football-observatory.com/IMG/sites/b5wp/2021/wp351/en/