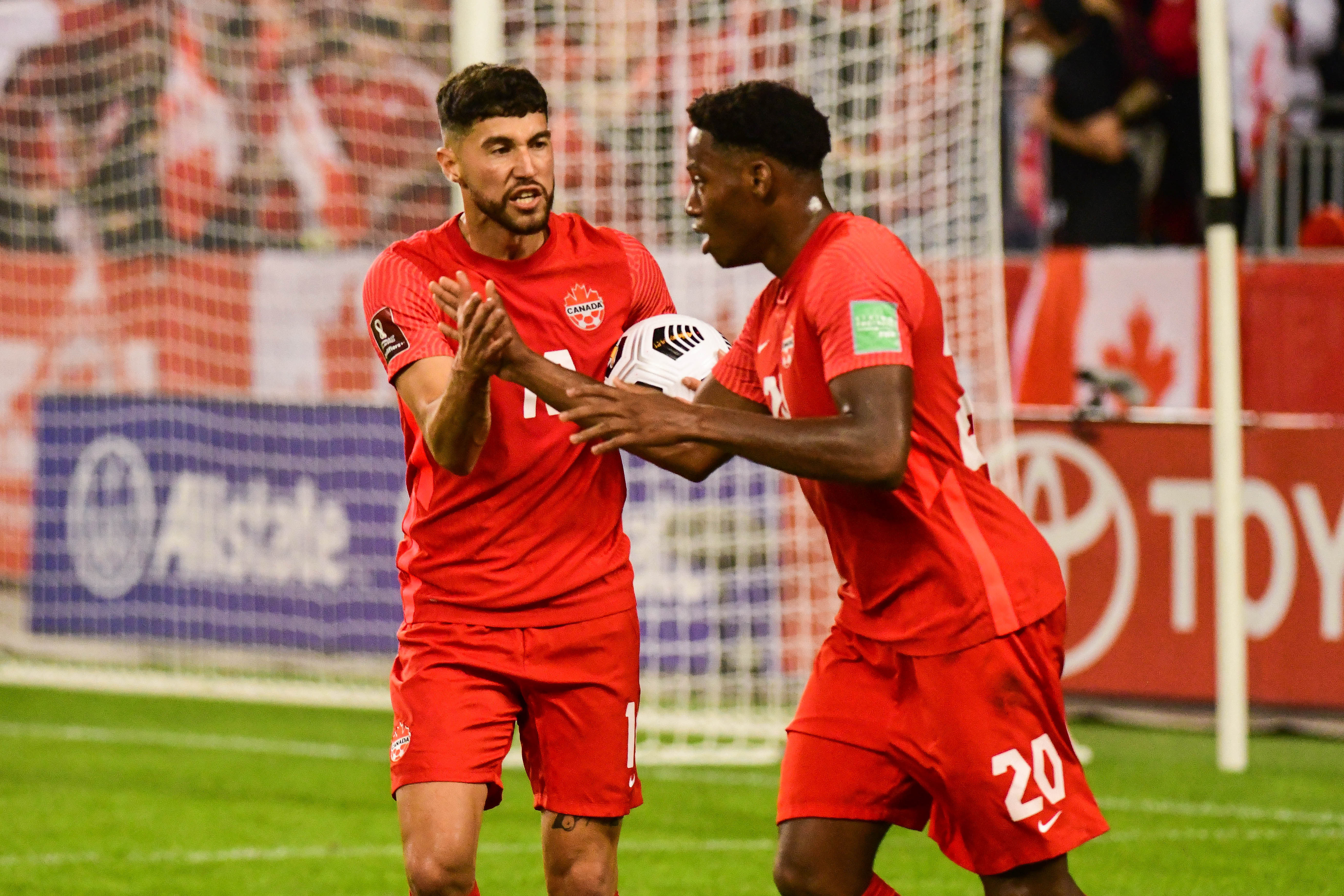 October 14 – Mexico and the US maintained their lead at the top of the Concacaf qualifying table for the Qatar 2022 World Cup with wins over El Salvador and Costa Rica but the team of the sixth round of matches was Canada who turned on the style to beat Panama.

The 4-1 win over 2018 World Cup finalists pushes the Canadians into third in the table, a point behind the US and two above Panama.

Canada conceded an early goal but equalised before half time when an Alphonso Davies cross was headed in by Tajon Buchanan. The second half saw Canada stoke three times with Davies scoring an individual goal before Jonathan David (pictured right) added Canada’s third and Buchanan scored his second of the night.

Canada have been gently establishing themselves in Concacaf’s top tier and while there are still eight games of qualifying to be played, are starting to live up to the promise of a team that has some outstanding young players. Canada have not qualified for a World Cup since 1986.

Mexico continue to dominate Concacaf qualifying with a 2-0 win over El Salvador with goals from Hector Moreno and Raul Jimenez.

The US had to come from behind to beat Costa Rica to stay a point ahead of Canada in qualifying. Costa Rica’s Keysher Fuller opened the scoring before a bullet shot from Sergino Dest levelled the score. The US went 2-1 ahead when goalkeeper Leonel Moreira, on for the injured Keylor Navas, scored an own goal.

In the other match of the round, Jamaica gave themselves a World Cup lifeline with goals from Kemar Roofe and Oniel Fischer to secure a 2-0 win over Honduras and take them off the bottom of the table and within three points of the inter-continental play-off spot.

The top three team in the eight team Concacaf qualifying table will go directly to the Qatar finals while the fourth will go into the inter-continental play-off.