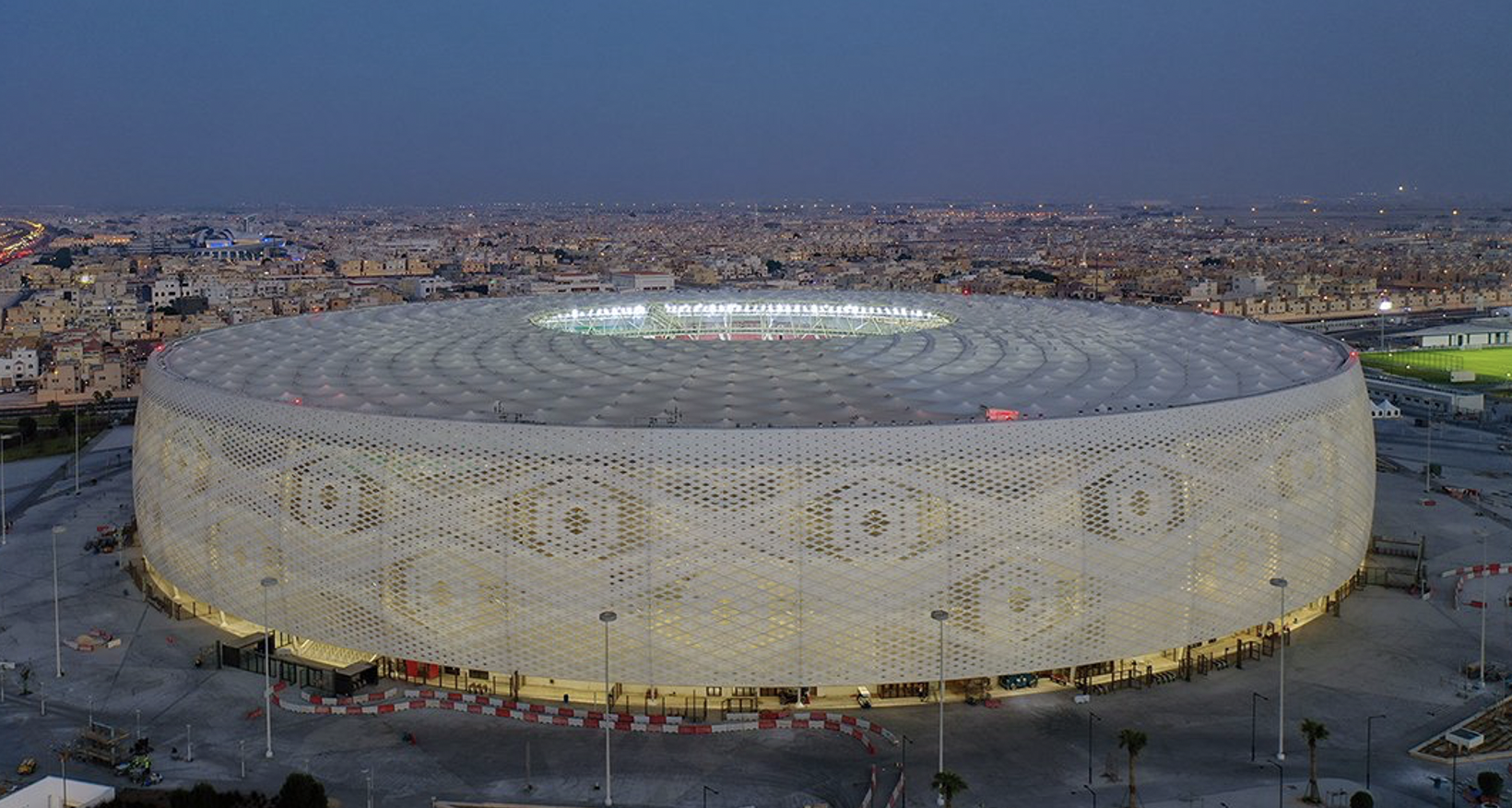 October 25 – Qatar has inaugurated a fifth World Cup venue with Al Sadd defeating Al Rayyan from the penalty spot in the final of the Amir Cup at the Al Thumama stadium.

In the presence of Sheikh Tamim bin Hamad Al Thani, the Amir of Qatar, and FIFA president Gianni Infantino, the doors of the latest venue for next year’s global finals were officially opened. With the facade of the stadium resembling the ‘gahfiya ‘ – the traditional headcap worn by men and boys in the Arab region – the stadium was filled to its capacity of 40,000.

Al Thumama stadium will host matches up till the quarter-finals in the World Cup.

The domestic cup final was the venue’s opening match and first proper test event. In a tight and tense affair, Al Sadd edged out Al Rayyan 5-4 penalties after extra time. Yacine Brahimi converted a penalty in the 44th minute to open the scoring for Al Rayyan, but former Arsenal player Santi Cazorla equalised from the penalty spot in the second half.

The win handed Al Sadd’s coach Xavi Hernandez, the former Spain and Barcelona midfielder, his seventh title as a coach, a role he took up with the Doha club after retiring in 2019.

Secretary-General of the Supreme Committee for Delivery & Legacy Hassan Al Thawadi said: “We are now within touching distance of the World Cup. Soon we will pass the one year to go milestone and host the FIFA Arab Cup – which will give us a major opportunity to test all our plans for Qatar 2022. We stand ready and prepared to host a memorable World Cup for the benefit of Qatar, the region and the world.”

Previously, Khalifa International, Al Janoub, Education City and Ahmad Bin Ali have all been opened. North of Doha, Al Bayt is ready to stage matches according to organisers.

In December,  Al Thumama will be among six stadiums to host the FIFA Arab Cup, a dress rehearsal for the main event in 2022. Local organisers will require ticket holders to be fully vaccinated with a vaccine approved by local health authorities. To date, the four vaccines are Pfizer, Moderna, AstraZeneca and Johnson & Johnson.

At the Qatari cup final, fans, with the exception of under 12s, also had to be double jabbed. Organisers also introduced a Fan ID, a system that will be applied during the Arab Cup as well.