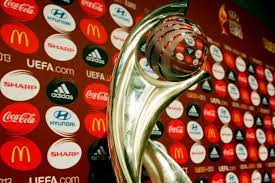 November 5 – UEFA has received no fewer than five declarations of interest representing eight member associations to host the 2025 women’s Euros. It is another indication of the pace of growth of the women’s game, the increased profile it is achieving and the commitment from nations to invest in its expansion.

Denmark, Finland, Norway and Sweden have applied to stage the event jointly whilst France, Poland, Switzerland and Ukraine have shown interest in going for it individually.

The deadline for the submission of the bid dossiers is in October 2022, with UEFA’s Executive Committee selecting the successful host association(s) two months later.

As part of a ‘flexible’ process, bidders are recommended to present eight Category 4 stadiums, with a variety of capacities ranging from 15,000 to 30,000.

The next edition of the Women’s Euro will take place next summer in England after being postponed for a year.  In September UEFA announced it was doubling its prize fund for the tournament to €16 million with increased guaranteed payments for the 16 qualified teams.