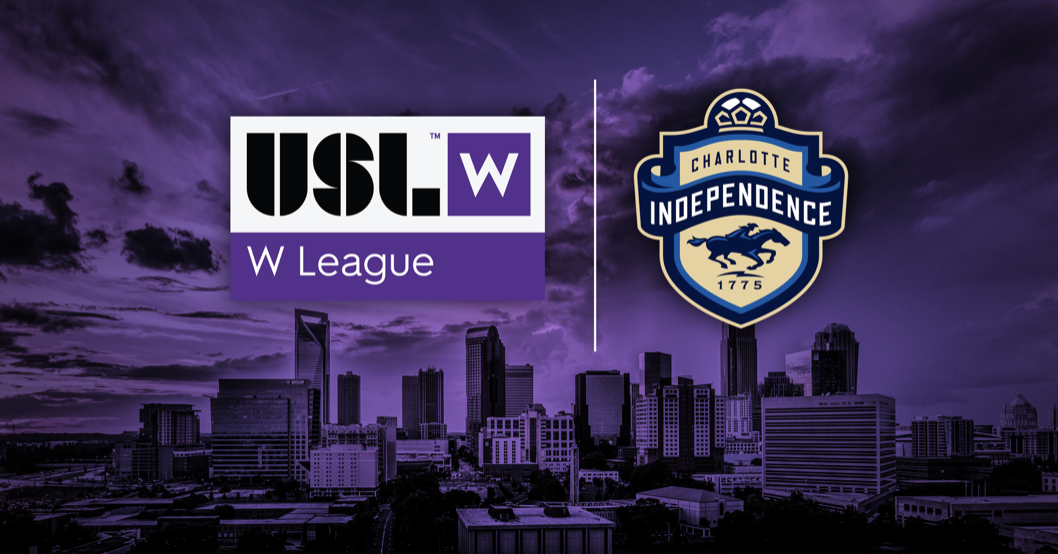 November 8 –   Charlotte Independence has become the 23rd club to announce it will join the United Soccer League’s USL W League for its inaugural 2022 season which is set to kick off next May. It is expecting to have at least 30 teams by season opening day.

The rate and speed of take-up by USL men’s clubs entering teams into the W League has been impressive. They are being joined by a number of new expansion clubs who don’t have teams in the USL’s second or third tier men’s leagues.

The W League is described by the USL as a “pre-professional women’s soccer league” and is designed to bridge the gap between college and the professional women’s game, providing a pathway of increased opportunities for women players that allows them to develop and keeps talent playing that might not make it into the NWSL and otherwise be lost to the game.

“We’re excited to be a part of this endeavor to bring more opportunities for women to compete at a very high level, to coach and to be a part of the front office and business,” said Tim Schuldt, President & COO of the Charlotte Independence W League Team.

“(The W League) is a natural extension of building out our pathway to the pros for the young women competing, coaching and managing in our Academy. It’s a meaningful next step in helping them realize their dreams.”

“We’re excited to have the Charlotte Independence join the USL W League for our inaugural season,” said Betsy Haugh, USL W League Director of Operations. “This is another great step in the club’s investment in women’s soccer, and we look forward to seeing their W League team in action in the Charlotte community.”