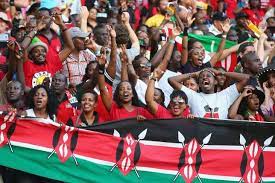 November 16 – The Kenyan government has been directed by FIFA to immediately reinstate embattled Football Kenya Federation President Nick Mwendwa who has been arrested following last week’s disbanding of the federation by the government.

In a letter addressed to Sports minister Amina Mohamed, FIFA Secretary General Fatma Samoura asked for all suspended officials to get their jobs back and for the issue to be resolved amicably – or risk a potential ban from world football.

Late last week Mwendwa was picked up by police at a Nairobi hotel the day after the government set up a caretaker committee to run the federation and investigate alleged financial irregularities during his tenure.

Mohamed announced the move after an official investigation found it the FKF failed to account for funds received from the government and other sponsors. The money had apparently been given to the federation to prepare the national team for the 2019 Africa Cup of Nations finals in Egypt.

“Going forward, without prejudice to the allegations that have been raised and any potential trial for offences that may have been committed, FIFA and CAF are asking you to consider the reinstatement of the FKF executive committee as prior thereto,” read the letter from FIFA.

“FIFA and CAF administrators are prepared to work closely with the FKF and your office representatives – as it has already been the case in the recent past – to normalize the situation. I am convinced that our common efforts together with your trust will guarantee a successful outcome for Kenyan football.

“I must highlight that the appointment of the so-called “caretaker committee” by your office is undoubtedly contrary to our principles according to which all of our member associations, including FKF, are required to manage their affairs independently and without undue influence of any third parties.

“The situation could, therefore, potentially lead to a suspension of the FKF by FIFA and in such a case, it would be all of Kenyan football that would suffer the consequences.”

“Against this background, I call on your understanding of the matter at stake to reconsider your position in the light of our aforementioned principles so as to make sure the latter are respected with regard to the situation at the FKF.”