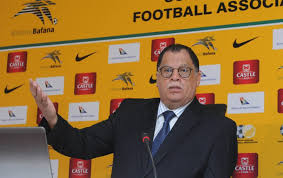 November 17 – FIFA will review South Africa’s appeal for a replay with Ghana in World Cup qualifying. The South Africans demanded an investigation after they lost a crunch qualifier in controversial fashion against Ghana 1-0, prompting Bafana officials to believe match-fixing was involved.

Egypt, Algeria, Cameroon and other powerhouses of the African continent have all ensured their place in the World Cup playoffs in March, but Ghana’s presence remains unsure, with South Africa demanding a probe and Zurich confirming they will look into the match.

“FIFA has received a complaint from the South African FA in relation to this matter and will review it,” said a FIFA spokesperson.  “Please understand we cannot comment further at this stage.”

On Sunday, Ghana defeated South Africa by the narrowest of margins to top Group G and send Bafana Bafana out of the 2022 World Cup qualifiers, but South Africa believe the penalty Andre Ayew converted and awarded by Senegalese referee Ndiaye Maguette should not have been given.

“We feel that this match was manipulated which carries a sanction of five years. What we have done today is that we’ve made a detailed analysis of the match,” said SAFA boss Danny Jordan (pictured). “We have found that 89 percent of the wrong decisions were made against Bafana Bafana. It can’t be right.”

“This is not the first controversy with this referee. The same ref was attacked in Tunisia because of a similar situation. We are also saying when a match involves a team from West Africa, you can’t have a referee from the same region.”

In 2018, FIFA ordered the World Cup qualifier South Africa – Senegal to be replayed after Ghanaian referee Joseph Lamptey had been found guilty of unlawfully influencing South Africa’s 2-1 win over their opponents through the awarding of a penalty.