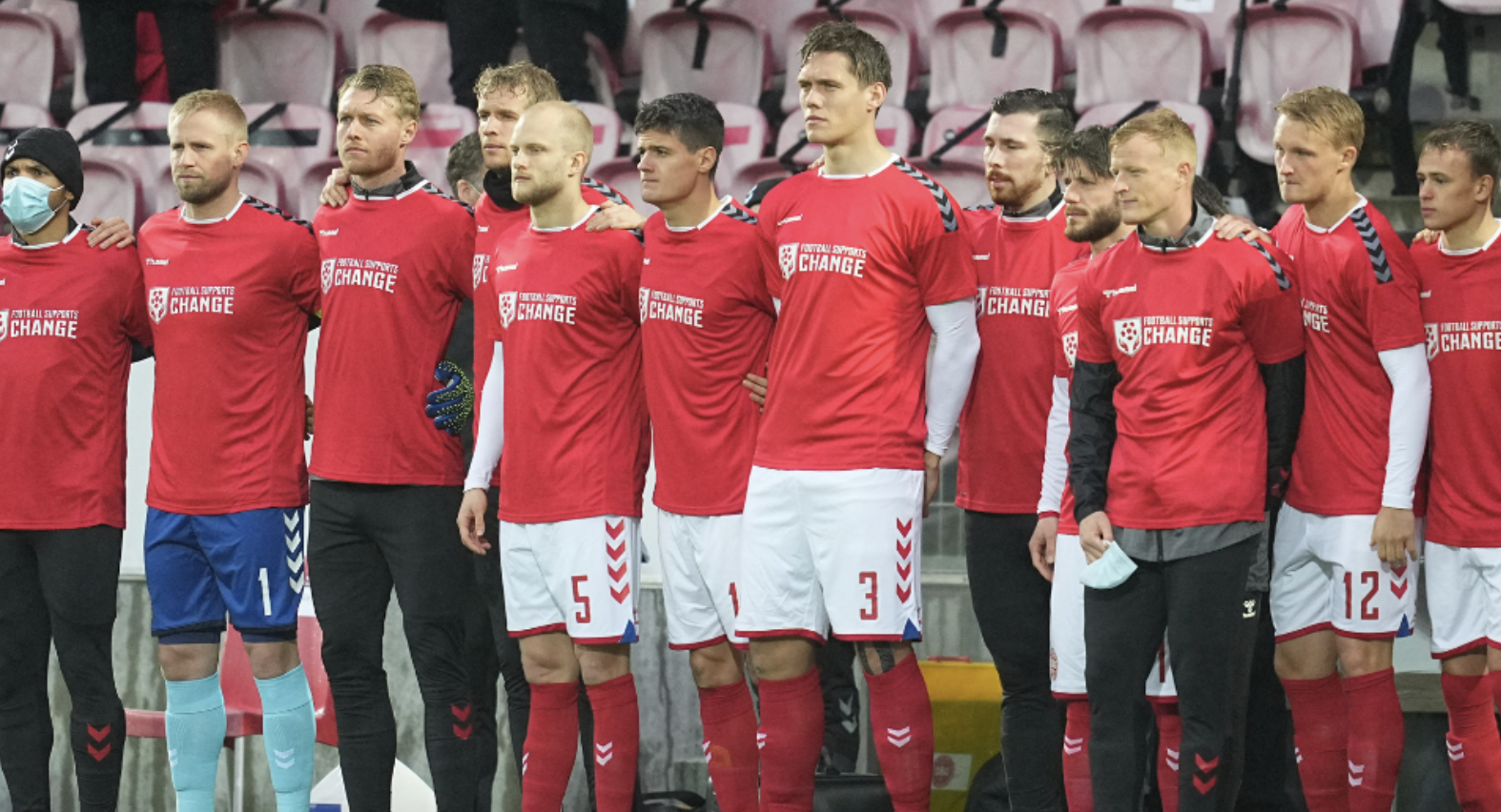 November 19 – Denmark will wear messages highlighting  human rights on their training kit during the World Cup in Qatar next year.

The Danish FA (DBU)  said its two training-kit sponsors would make way for messages critical of Qatar. The move comes amid continued scrutiny of Qatar’s treatment of migrant workers.

The DBU says it will also limit the number of trips to Qatar by staff and players ahead of the tournament, which begins in November 2022.

“DBU has long been strongly critical of the World Cup in Qatar, but now we are intensifying our efforts and critical dialogue further, so that we take advantage of the fact that we are qualified to work for more change in the country,” said Jacob Jensen, the DBU’s managing director.

“In addition, we have long drawn attention to the challenges facing Fifa and Qatar, and we will continue to do so.”

Amnesty International released a 48-page report earlier this month claiming migrant workers are being exploited as they help to build stadiums and infrastructure for the tournament and Jensen said Denmark felt an “extra obligation” to put pressure on FIFA.

He will travel to Qatar in December and speak to migrant workers and Qatari authorities.

“We have written to the Qatari authorities and to FIFA to explain the difference between the facts they present and the facts Amnesty presents,” Jensen said. “Our commercial partners have decided not to have their commercial on our training jerseys during the World Cup.”