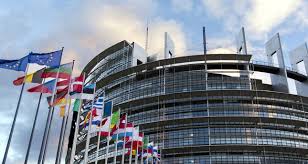 November 25 – The European Parliament has voted to oppose breakaway sports competitions following football’s aborted Super League project that collapsed within just 48 hours of its launch in April amidst a backlash from fans and governments.

European lawmakers said they want European sporting culture “to be aligned with EU values of solidarity, sustainability, inclusiveness for all, open competition, sporting merit, and fairness”.

A total of 576 members voted to oppose the Super League in a non-binding resolution, with 36 against and 55 abstentions.

The MEPs said they opposed any breakaway competitions “that undermine these principles and endanger the stability of the overall sports ecosystem.”

They also insisted on a “balance to be struck between professional sport’s commercial interests and its social functions, by strengthening the links between grassroots and elite sport.”

Barcelona, Real Madrid and Juventus are still not giving up on the project, arguing UEFA should not have a monopoly when it comes to organising European club football. They have taken their case to the European Court of Justice.

“There is no other circumstance in Europe in which a monopolistic private regulator such as UEFA, based outside the European Union, would also be allowed to be the sole, dominant operator and gatekeeper,” Super League officials Anas Laghrari and John Hahn said in a statement following the European Parliament vote.

“European sports, and particularly football, need protection against the abuses being committed by a number of actors sitting outside the European Union, pursuing interests unrelated to sports while using football clubs as platforms for their own agendas, breaching financial fair play regulations and damaging traditional football and its sustainability.”

“European football is not a market meant to serve only elite interests and financial gains – it is a European success story that serves all of society. We will continue to work with the EU to strengthen and protect the European sports model in European football.”

The ECA said the vote was “another major defeat for those who continue to try to divide European sport based on self-interest, rather than building a future built around the interests of all pursued by ECA.”

FIFA also welcomed the report from the European Parliament but was noticeably quiet on the key elements of the Super League, perhaps because its president Gianni Infantino was reported as being the unnamed ‘WO1’ person named in a Super League manifesto as the highest ranking person in world football supporting the breakaway.

FIFA instead chose to focus and welcome other elements of the report – certainly important ones – including support for FIFA’s transfer system reform and a return to tighter regulation of agents including “the establishment of a clearing house, licensing requirements for agents and caps on agents’ commissions.”

“The European Parliament report clearly confirms that FIFA’s ongoing efforts in relation to the transfer system reform not only go in the right direction but are essential to shape the football of the future, which should be based on the principles of good governance and solidarity by all those involved,” said FIFA Chief Legal & Compliance Officer Emilio García Silvero.