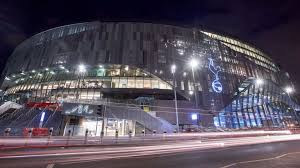 November 24 – Tottenham Hotspur, not so long ago the most profitable club in the Premier League, have reported another substantial loss for football’s second heavily covid-19-impacted season.

The North Londoners, endeavouring to rebuild under new head coach Antonio Conte, posted a pre-tax loss of £80.2 million for the year to last June, compared with a loss of £67.7 million the previous year.

The club, which was unlucky to see the pandemic assert its grip soon after the opening of its gleaming new stadium, also saw net debt climb to £706 million from £605 million a year earlier. It has, however, extended the average term of the debt to more than 22 years.

Spurs had been the first club to tap the UK Government’s Covid Corporate Financing Facility (CCFF), issuing £175 million of commercial paper. It said it had now refinanced this short-term debt through a bond issue.

While revenue fell only about 10% to £361.9 million, its make-up differed markedly from the prior year. Match receipts were almost obliterated owing to playing games behind closed doors. However, TV and media revenue nearly made good this shortfall, virtually doubling from £95.2 million to £184.4 million. The club attributed this to the 2019-20 season being suspended and completed in the latest financial year.

Commercial revenue eased down from £161.5 million to £152 million, but once again there was a change in make-up. The club said that sponsorship actually climbed during the year, but that there was a negative impact from the loss of third-party events such as NFL fixtures and concerts.

UEFA prize money fell by more than half to £23.6 million, “reflecting the difference between competing in the UEFA Europa League compared to the UEFA Champions League”.

Accounts show that the club spent close to £79 million on players in the latest period, recouping £23.6 million from player sales.

Chairman Daniel Levy asserted that the club – which continues to employ England captain Harry Kane, in spite of the striker being heavily linked last summer with a move to financial juggernaut Manchester City – had “emerged from the pandemic financially stable”.

While emphasising that the new stadium was “a key component to our revenue growth”, Levy also pledged to develop “new and diverse revenue streams”.

He continued: “We have seen how fragile the finances of a football club can be and the impact of losses on the stability of the football pyramid.” Nevertheless: the club was “determined to deliver honours and make our supporters proud”.