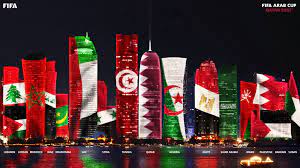 November 30 – Mauritania and Tunisia kick off the FIFA Arab Cup tonight, a tournament that will serve as a dress rehearsal for the 2022 World Cup organisers.

First staged in 1963 in Lebanon, and now organised for the first time under the umbrella of FIFA, the Arab Cup will feature 16 teams from across the region and North Africa in a competition that will take on the role of the abandoned Confederations Cup in helping World Cup hosts prepare for the global finals.

On a frosty December afternoon in 2010 in Zurich, Qatar was awarded the hosting rights for the tournament and in the past decade, amid ongoing accusations of corruption in the bidding process and scrutiny over the country’s human rights record, the emirate built their hosting credentials, hosting a slate of international tournaments and stepping in during the global health crisis.

Ticket holders need to be fully vaccinated with a vaccine approved by local health authorities. To date, the four vaccines are Pfizer, Moderna, AstraZeneca and Johnson & Johnson.

Fans will be able to attend multiple matches in a single day, something that organizers hope will be an asset during the World Cup as well.  They have introduced a mandatory fan ID. Ticket prices range from 25 QAR (€5.8) for a group phase match to 245 QAR (€57.6) for a category I ticket for the final, but interest has been limited.

Team Specific Tickets for the group phase of Qatar’s national team have sold out, but individual tickets remain available for all matches, including the final which will take place on December 18, Qatar national day, and exactly one year before the 2022 World Cup final.

Host Qatar will also be in action tonight, playing Bahrain, with the Amir of Qatar expected to attend the Maroons’ match to inaugurate the competition.

Clubs have no obligation to release their players for this tournament. Morocco and Egypt are among the participants with reserve squads in Qatar. The tournament’s winner will reportedly receive $5 million in prize money.