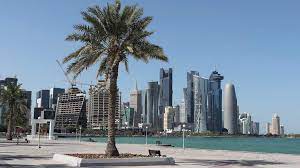 November 30 – In the build-up to the 2022 World Cup and with press coverage intensifying on the hosts Qatar, a third Norwegian journalist has been arrested in the country but later released without charge.

Josimar editor Håvard Mælnes spent 24 hours in solitary confinement, but his arrest further questions how the World Cup suppress the freedom of the press.

Ahead of the FIFA Arab Cup, Mælnes flew to the Qatari capital to report on the human rights record that has long plagued the country. Earlier this year, The Guardian reported that at least 6,500 migrant workers have died in World Cup-related construction since Qatar was awarded the hosting rights in 2010, outbidding the United States and Australia among others.

“I was on my way out of a hotel when I saw a well-grown man scolding two young hotel employees who were carrying his suitcases,” Mælnes told Norwegian media. “I asked him to take it easy. It ended with a little verbal mouth-slapping.”

“Suddenly the man called the police and half a minute later I was sitting in a police car, handcuffed.”

The Josimar editor spent 24 hours in solitary confinement but said police treated him well. His arrest has not come as a surprise. His long-form magazine has been an outspoken critic of Qatar.

Earlier this month, NRK’s journalists Halvor Ekeland and Lokman Ghorbani were also arrested in Qatar after they filmed a migrant labor camp. Local authorities accused the Norwegians of “trespassing on private property and filming without a permit”.

The arrests led to a diplomatic incident. Qatar’s ambassador to Norway was summoned to Oslo’s foreign ministry over the matter and the Norwegian Prime Minister Jonas Gahr Stoere called the arrests “unacceptable”.