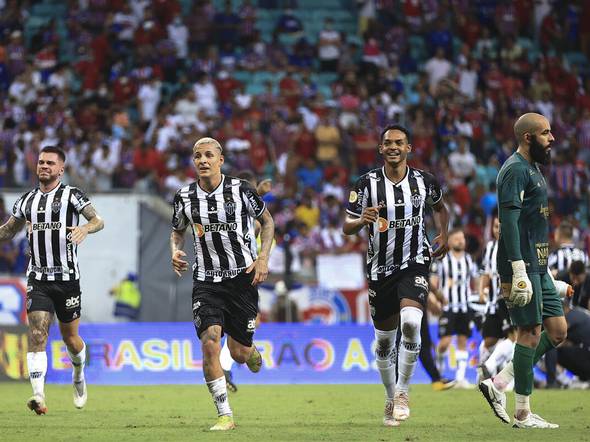 December 3 – Atletico Mineiro clinched the Brazilian crown for the first time in 50 years after coming from behind to beat Bahia 3-2 and consolidate an unassailable lead at the top of the table.

It took the Belo Horizonte club five minutes in the second half to turn the match around thanks to goals from both Hulk and Keno to win the league title. With the victory, Atletico moved to 81 points from 36 matches. Second-placed Flamengo, who lost the all-Brazilian Copa Libertadores final last Saturday, can no longer overtake Atletico.

“It’s been a magic year and we’ve still got a title to play for against Athletico Paranaense,” said Atletico Mineiro coach Cuca, who led the club to their first Copa Libertadores in 2013. “I can only imagine what the fans were going through when we were 2-0 down, they were probably shouting and swearing at us. But now, what a result, what happiness.”

This season, Atletico Mineiro, alongside Flamengo and Palmeiras, pulled away from other big Brazilian clubs, spending on players and building a robust squad. Hulk and Diego Costa both returned from distant shores to spearhead the Atletico attack. It remains to be seen however how competitive the club will be next season. The Brazilian champions also qualify for the Copa Libertadores, South America’s equivalent of the Champions League.

The league title prompted wild celebrations in Belo Horizonte. In 1971, Atletico Mineiro won the very first edition of the Brazilian league, holding off far stronger clubs from both Sao Paulo and Rio de Janeiro, with marksman Dario top-scoring for the Belo Horizonte club.