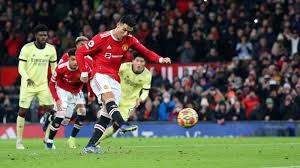 December 3 – Italian prosecutors have ordered a new search of Juventus offices as part of an ongoing probe into the Serie A club as they also examine the financial terms of the sale of Cristiano Ronaldo to Manchester United.

In August, Juventus reached an agreement to sell the Portuguese star to Manchester United for €23 million, including €8 million linked to the achievement of specific performance objectives.

Co-incidentally, Ronaldo became the first player in history to score 800 top-level career goals when he struck twice for United in a 3-2 win over Arsenal on Thursday to take his tally to 801 for club and country.

He has scored 686 club goals for Sporting Lisbon, United, Real Madrid and Juventus, and 115 goals for Portugal.

Pele and Romario both claim over 1,000 goals, but statisticians say the Portugal forward tops the scoring charts in official competitions.