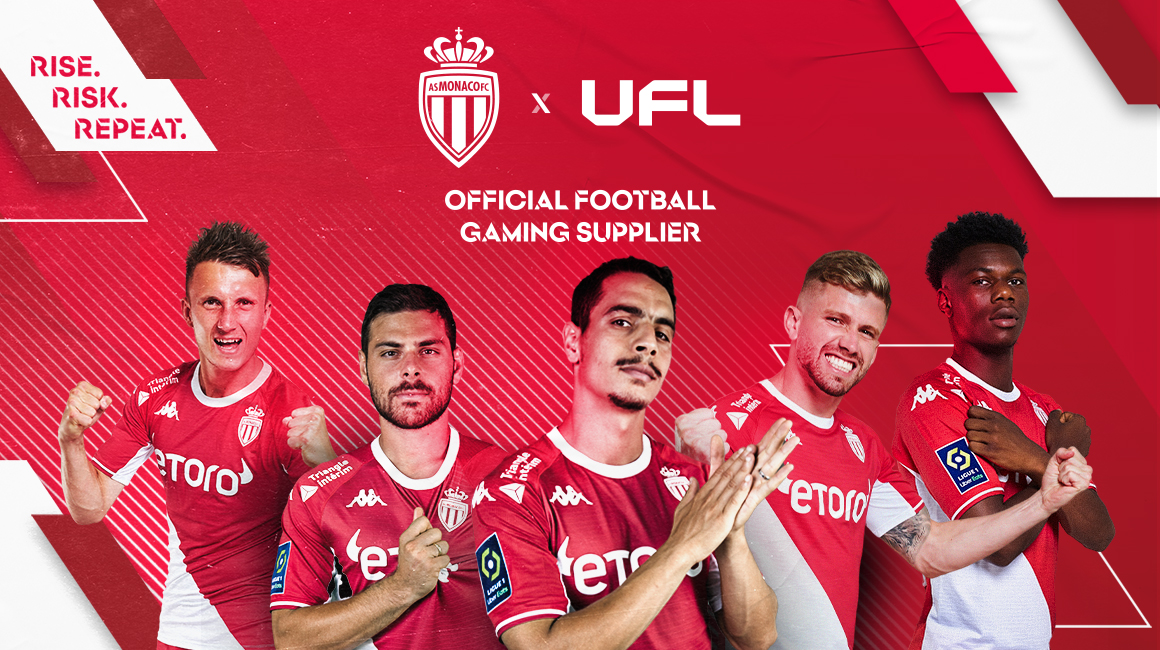 UFL has been in development since 2016 and will be a free-to-play online game. Other partnerships pre-launch have been agreed with West Ham and Borussia Mönchengladbach, and FIFPro.

UFL In development since 2016, UFL will be released very soon and is generating a lot of anticipation among videogame fans. In its game mode, UFL focuses on the gamers’ skills, the only ones taken into account to make the difference!

UFL will receive a branding package across AS Monaco’s  social networks and regular broadcasts on the club’s Twitch channel, including within online matches against players from the club’s Esports team. No value was given for the deal.

Oleg Petrov, vice-president and CEO of AS Monaco, said : “We are delighted to partner with Strikerz and to bepresent on UFL, an innovative video game that will allow us to increase our visibility on online platforms. ASMonaco is pleased to support UFL in this new adventure, which confirms the Club’s desire to develop its digitalimage, in line with its Esports activities.”

Strikerz Inc. was founded in 2016 by shareholders of mobile game developers and publishers Vizor Games and Playrix.

Eugene Nashilov, CEO at Strikerz Inc., said : “We are proud to welcome AS Monaco as our official partner. We believe both Strikerz Inc. and AS Monaco share the same values, and the club’s philosophy matches ours.

The brand ‘Risk.Risk.Repeat’ is pretty much the words we at Strikerz live by ourselves.”