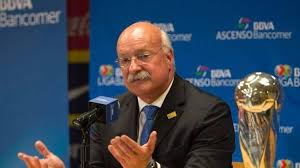 In a new report commissioned and released by the association, FIFA’s plans are argued to be detrimental to both fans and players.  The forum, which groups 42 leagues from around the world, vehemently opposes both the biennial plan and the creation of two extended international windows.

“The (World Leagues Forum) requests FIFA to unequivocally abandon its biennial World Cup proposal as it is unwanted by fans and would destroy value for football at every level,” said chairman Enrique Bonilla (pictured) in a statement.

“Moreover, no decision on the match calendar can be made without the agreement of the leagues, their member clubs and the players that provide the foundations for football.”

WLF is the latest organisation in a long list of bodies that don’t want the World Cup to be staged every two years, a plan that was rolled out and then heavily promoted by FIFA after the Saudi Arabian Football Federation (SAFF) demanded a feasibility study at congress. Confederations UEFA and CONMEBOL, ECA and broadcast behemoth beIN Sports are among those opposing FIFA’s plans.

“New formats are threatening the fabric of our domestic industry and overwhelm a calendar that is already overcrowded and requires workload safeguards,” said FIFPro president David Aganzo. “The question here is not whether we need innovation or not, of course, we do, but why did all these plans came into existence without the required assessment and involvement of players and leagues in the first place.”

In a previous report, the WLF has calculated that a biennial World Cup would cost domestic leagues and UEFA around €8 billion in lost TV rights, match day agreements, and commercial agreements.

WLF also confirmed that both MLS commissioner Don Garber and Premier League CEO Richard Masters will be vice-chairmen to Bonilla for 2022.