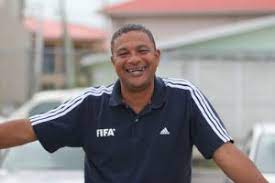 December 7 – Alfredo Whitaker has been re-elected as Cayman Island FA president for a new 4-year term taking him through to 2025.

Whitaker (pictured) was unopposed for the position at the head of a federation that has battled to overcome the scandal of former president and Concacaf president Jeff Webb who was arrested by the FBI in its investigation into corruption at FIFA.

In his first term as president (2017-2021) Whitaker oversaw the restoration of funding from FIFA (money was cut off during the early years of the FIFAgate scandal) as well as rebuilding relationships with the Cayman Islands government.

Whitaker also oversaw the reorganisation of the islands’ league structures and a focus on developing youth players for national teams. Cayman Islands’ U20 women have qualified for the Concacaf U20 Women’s finals to be held in the Dominican Republic next February.

“We have worked hard on our development and creating the conditions to expand grassroots football but also to allow our best players to excel. Our girls and women are examples of what can be achieved and they are at the start of their careers in football,” said Whitaker.

Whitaker is a former goalkeeper who played his professional career predominantly in Costa Rica with Saprissa before moving to play in Honduras and then returning to the Cayman Islands where he played for the national team. As a former player he has turned out for the FIFA Legends team.

At Concacaf, Whitaker is a former head of referees and has been a member of FIFA’s referees committee.

The focus of Whitaker’s next term will be to finalise the expansion of the FA’s centre for excellence. “This is a development of the current complex that will expand the existing building as well as building a new one to create more changing rooms, coaches’ rooms and medical facilities, as well as adding one or two more pitches,” said Whitaker.