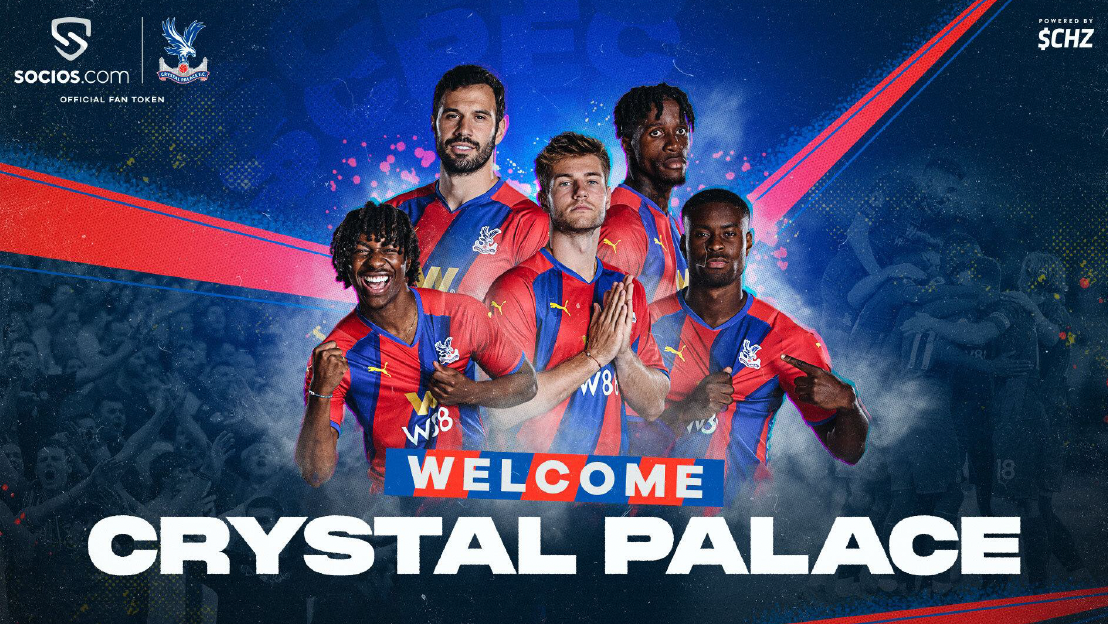 December 9 – Socios.com are racking up the crypto air miles. Having yesterday announced Brazil’s Palmeiras as joining their Fan Token universe, today they are in Europe unveiling Crystal Palace as the sixth Premier League team to sign up.

Crystal Palace join Arsenal, Aston Villa, Everton, Manchester City and Leeds United on the blockchain-based fan engagement platform and will launch the $CPFC Fan Token priced at £2. The launch date of the FTO (Fan Token Offering) is to be announced.

Fan Tokens give the holder voting rights in fan focused club polls, as well as the chance to compete against other fans club-related games, competitions, and quizzes. Fan Tokens are tradeable and unlock access to benefits, including club merchandise and real-life experiences.

Barry Webber, Commercial Director at Crystal Palace, said: “This partnership will create new opportunities for the club to engage with our fanbase both in the UK and internationally, and creates new ways for us to recognise and reward the fantastic support we receive as a club.”

“We’ve now welcomed six Premier League teams to our roster of more than 100 major sporting organisations. We’re determined to keep building and improving our app to give fans the engagement, recognition and reward opportunities they deserve,” said Alexandre Dreyfus, CEO of Chiliz and Socios.com.