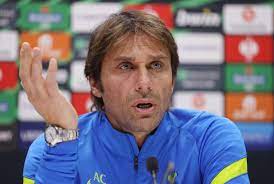 December 9 – Rennes have reacted angrily to UEFA’s decision to allow Tottenham Hotspur to call off tonight’s European Conference League fixture against their French opponents because of an outbreak of Covid-19.

Tottenham had to win to guarantee advancing to the next stage but discussions are now being held over a new date for the fixture.

UEFA rules state that all European group matches must be completed by December 31 but Spurs do not have a free midweek this year due to a hectic festive domestic schedule while the French mid-season break begins on December 22.

Games are not permitted under UEFA rules to be called off if teams have 13 available outfield players. Eight Tottenham players have reportedly tested positive, apparently leaving only 10 available.

But Rennes, who have already qualified for the next stage by topping the group, reacted furiously to the decision, accusing Spurs of a “lack of fair play” and “unilaterally” cancelling the fixture.

They say they learned of the postponement only after arriving in London on a private jet on Wednesday night.

Tottenham manager Antonio Conte (pictured) held an emotional press conference earlier Wednesday, admitting that he was scared for his players and their families with Covid spreading so quickly through the club.

A couple of hours later Spurs announced the game would not take place, only for the French side to release their own statement.

“In a video conference at 7.45pm between representatives of UEFA, Tottenham and SRFC, the Spurs director of football announced their intention not to play the UEFA Europa Conference League game. Thursday evening. (It was) A unilateral decision which has not been confirmed by UEFA in any way,” Rennes said.

“The Tottenham representative did not want to announce the number of their players affected by the Covid when the rule states that a match must be played as long as the team has 13 outfielders and a keeper.

“They argued for a decision by the English authorities without advancing any official document. As the match was not officially cancelled by UEFA, Stade Rennais FC upheld their decision to play.

“This lack of fair play is all the more glaring as Tottenham had confirmed by email that the match would be held at the start of the afternoon before warning Rennes of their intention not to play just after their landing in London.”