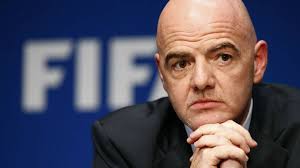 December 16 – The Swiss Federal Assembly has confirmed the appointment of two senior magistrates to continue the criminal investigation into FIFA president Gianni Infantino and his dealings with former Swiss Attorney General Michael Lauber.

Ulrich Weder and Hans Maurer will take over the investigation after it was suspended following FIFA’s successful removal from the case of special prosecutor Stefan Keller.

FIFA argued Keller had extended his investigation beyond his remit and that he had issued “malicious and defamatory” press releases that showed “extreme bias”.

The removal of Keller did not kill the criminal case though, which for many strikes right at the heart of the integrity and credibility of the Swiss legal system, and FIFA’s relationship with the country.

Weder and Maurer both have experience as special prosecutors and were recommended by the Swiss judicial commission. The appointment of two prosecutors is unusual but reflects the pressure FIFA has been able to bring to bear on the Swiss judiciary. The Judicial Commission in recommending two prosecutors said that the process will provide more efficient management of the case. It will, of course, provide greater oversight and integrity to the investigation should there be any undue influence.

Their election to the roles was approved by all Swiss parliamentary groups in an overwhelming vote on their appointments – Weder has 189 votes and Maurer 188.

They will now pick up on an investigation into Infantino that was formally opened on July 30, 2020.

The criminal complaint against Infantino refers to three undocumented meetings between the FIFA boss and Switzerland’s former attorney general Michael Lauber in 2016 and 2017. Lauber is also under investigation.

The suspicion is that Infantino was seeking information on investigations into FIFA and its former executives, potentially with the intention to influence the course of those investigations. One rumour is that Lauber was also given information by Infantino regarding the CHF2 million ‘disloyal’ payment sanctioned by former FIFA president Sepp Blatter to Infantino’s former boss at UEFA Michel Platini.

That case is currently awaiting a court date. Infantino always maintained that he was only running for the FIFA presidency as a ‘place holder’ for Platini. However, the investigation into Platini effectively ensured he would never be able to take that place.

Lauber is suspected of abuse of office, violation of official secrecy and favouritism. Also under investigation in this case are the former head of information of the Public Ministry of the Confederation (MPC) André Marty and the prosecutor of Haut-Valais, Rinaldo Arnold, a childhood friend of Infantino.