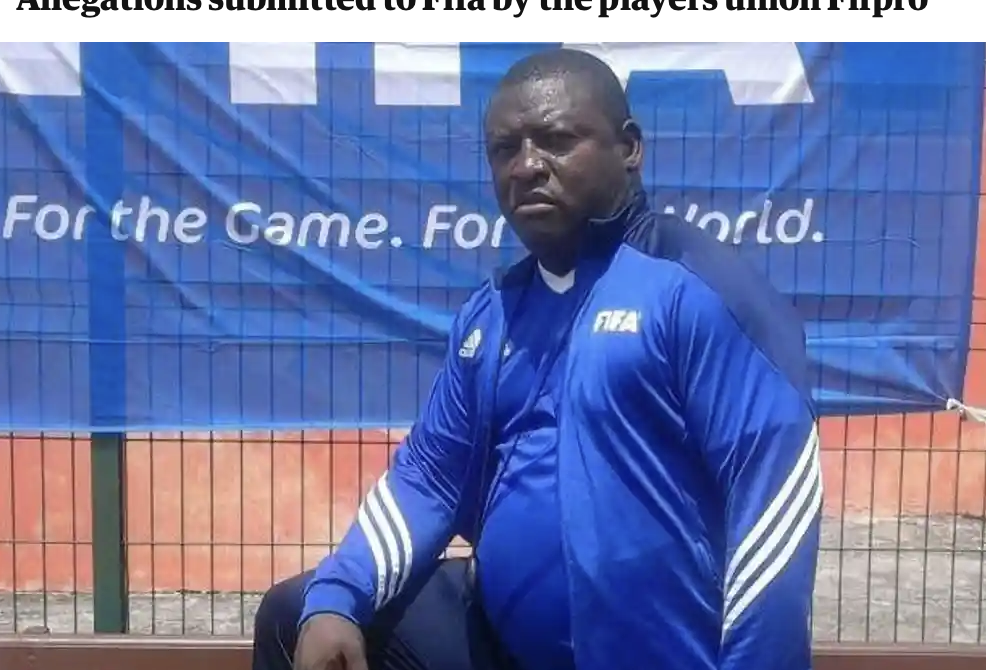 December 17 – Another appalling case of alleged football-related sexual abuse has been exposed, this time in an Africa’s Gabon.

Reproted by the Guardian newspaper, alleged victims claim that Patrick Assoumou Eyi (pictured) – known as ‘Capello’ – abused boys in his previous role as the head coach of Gabon’s under-17 team and in his current role as the technical director for La Ligue de l’Estuaire, the country’s highest league.

The newspaper said one former player who was coached by Eyi said that he would lure alleged victims to his home, which he called the ‘Garden of Eden’.

The paper said a complaint over the allegations has been registered with FIFA by the international players union, Fifpro, which told the Guardian it was deeply concerned.

“Our preliminary inquiries yielded consistent evidence from credible witnesses who all tell of an ongoing and long-embedded practice of forcing young players into sexual relationships as a pre-condition for footballing opportunities,” Fifpro was quoted as saying.

“If these allegations are indeed true, it is yet further evidence that football is being consistently exploited, across leagues and continents, as a forum for abusers to access, groom, extort and assault players. More must be done to prevent this horrific abuse and we call on football’s governing bodies to act as a matter of urgency.”