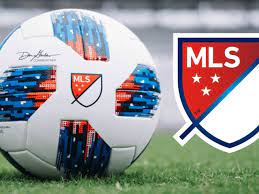 December 17 – To facilitate the winter World Cup in 2022, the Major League Soccer season will kick off earlier, with the curtain raiser slated for February.

The 2022 campaign will wrap up on October 9, with the MLS Cup championship final set for November 5.  The World Cup gets under way on November 21 and culminates on December 21.

Expansion club Charlotte FC will debut this season and become the 28th franchise in the MLS. On May 1, Nashville will open its new stadium, a football-specific venue, hosting the Philadelphia Union.

The season will enjoy unprecedented TV coverage with a record 48 matches airing on network television across ABC, FOX, Univision and UniMás.

It is the first time the global finals will be played in winter to avoid the searing heat in summer in Qatar.  As a result, European leagues will have to interrupt their season to facilitate the tournament.