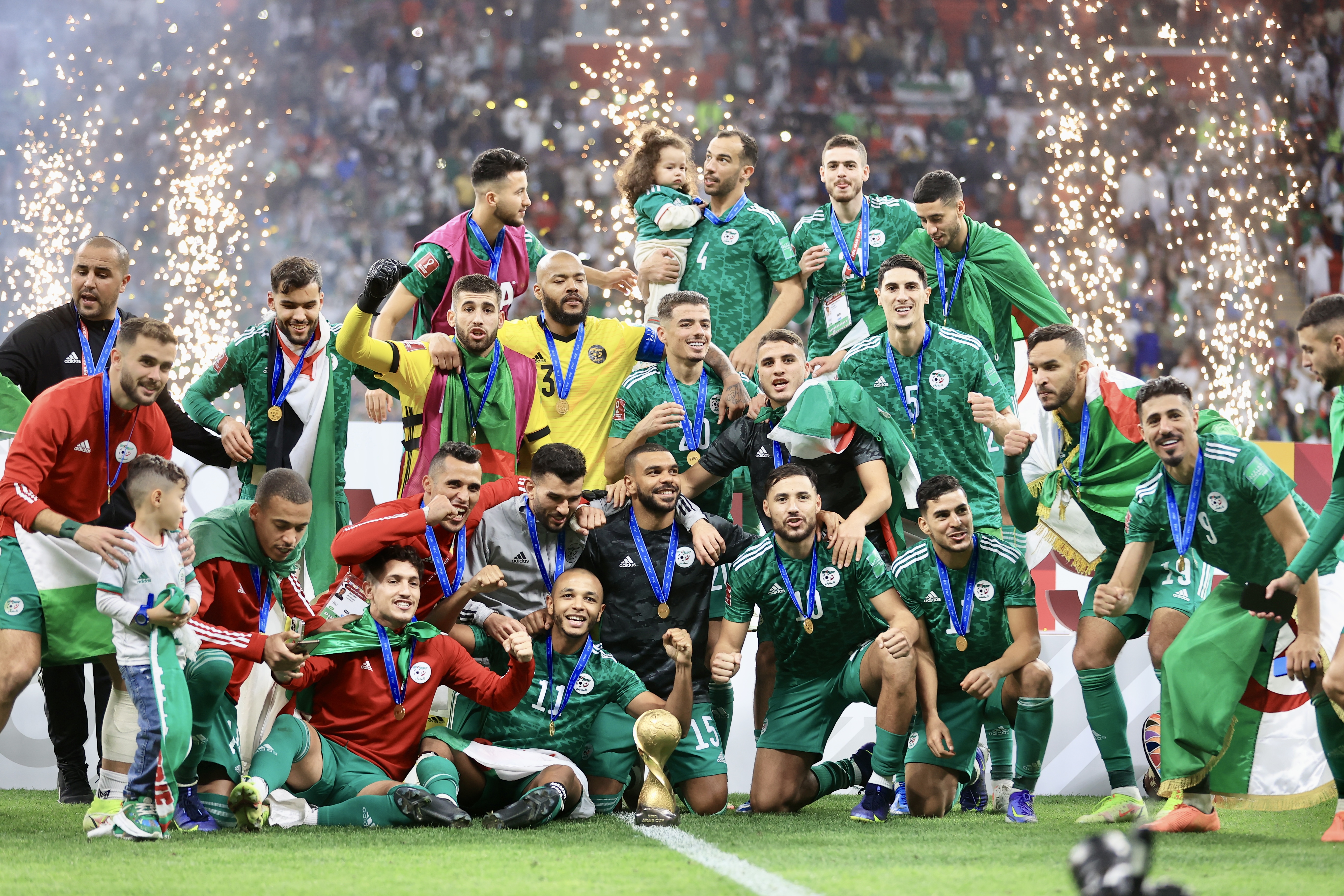 December 20 – In an all-North African final, Algeria defeated Tunisia 2-0 with extra-time goals from Amir Sayoud and Yacine Brahimi to claim their first Arab Cup, a tournament that served as a dress rehearsal for World Cup hosts Qatar.

After 90 minutes of entertaining, intense and sometimes feisty football, the drama came in extra time. The African champions opened the score with a wonder strike from substitute Sayoud before Brahimi, clean through on goal with Tunisia throwing everything forward in search of an equaliser, clinched the crown with Algeria’s second.

“We’re champions, that is what matters,” said Algeria coach Madjid Bougherra, who stood in for senior coach Djamel Belmadi during the tournament. 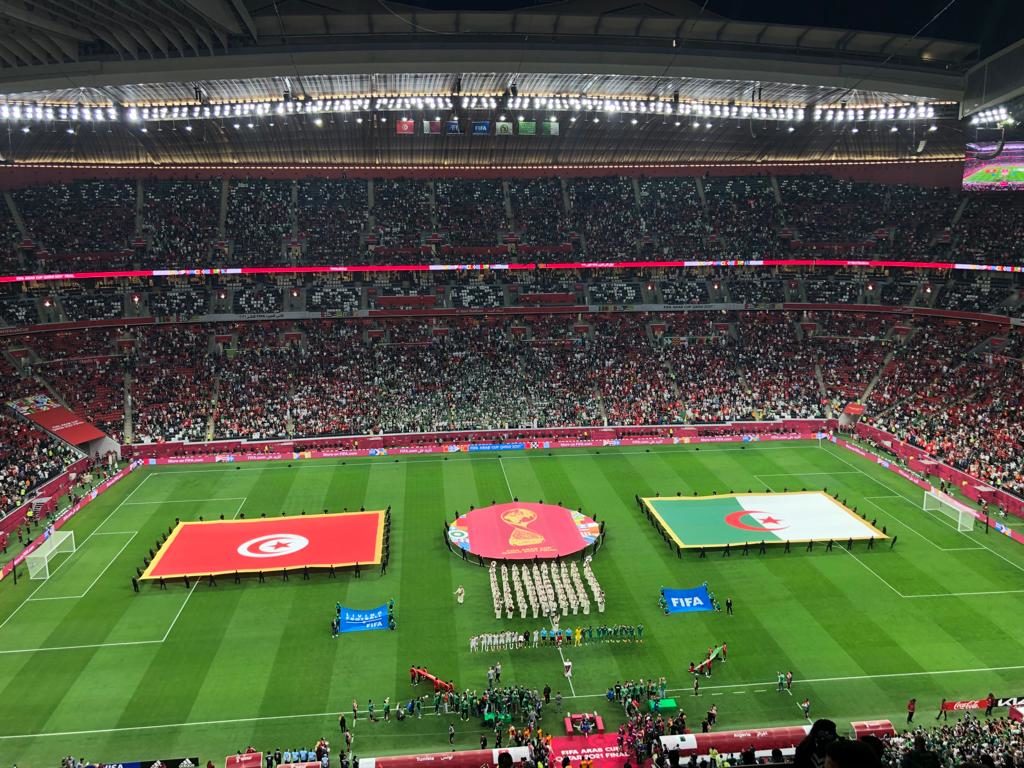 “It was not easy to play every three days. We played against tough teams, always up to the mark – Egypt, Morocco, Qatar and Tunisia.”

Algeria played with a reserve team because clubs were not compelled to release their players for the Arab Cup, a competition outside of the FIFA calendar. Even so, the victory will reinforce Algeria’s credentials to retain their African crown at the continental finals, which for now, are to be staged in January and February in Cameroon. The defending champions will kick off their campaign against Ivory Coast, Equatorial Guinea and Sierra Leone in Group E.

The final was a Maghreb affair, underlining North Africa’s dominance of the competition. Of the ten Asian countries featuring in the Arab Cup, only Qatar reached the last four, with Algeria, Tunisia and Egypt completing the semi-final line-up. Morocco, favourites after an unbeaten group-stage performance, fell at the hands of the eventual champions. 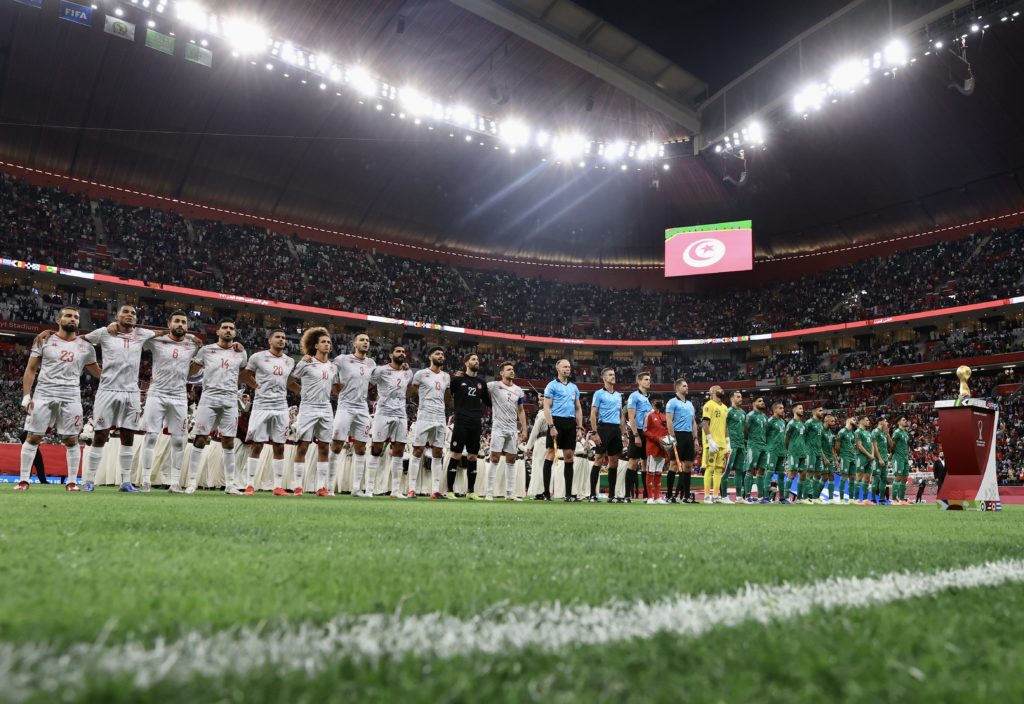 Carlos Queiroz and Egypt finished fourth after losing the third-place match to hosts Qatar, but the Portuguese coach always considered the tournament a warm-up for the Africa Cup of Nations and the all-important World Cup playoffs in March.

FIFA took control of the tournament, last staged in 2021, in an expanded 16-team format to hand local organisers another dry run ahead of next year’s main tournament. The Arab Cup passed off largely without notable incident and organisers succeeded in staging the tournament in a bio-secure environment in the midst of a new wave of covid infections around the world.

In fact, as the tournament progressed the Arab World became more hooked. More than 500,000 tickets were sold for the 32 matches across six venues, which will also serve as World Cup stadiums.

“The FIFA Arab Cup provided us with a golden opportunity to put our plans into practice and gear up for next year’s FIFA World Cup,” said Qatar 2022 CEO Nasser Al Khater in a statement.]

“It was yet another chance to work closely with our FIFA colleagues to deliver a high-profile tournament after twice organising the FIFA Club World Cup in recent years. Our achievements are many: state-of-the-art tournament venues, strong ticket allocations – including a record sporting attendance in Qatar – and impressing visiting teams with our facilities, organisation and hospitality. Everything is in place to host an outstanding edition of the FIFA World Cup in 2022.”

However, on the sidelines, questions remain for the hosts after years of intense scrutiny over alleged corruption to land the World Cup hosting rights and the country’s human rights record. On Saturday, FIFPRO and the Building and Wood Workers’ International (BWI) once again called on Qatar to ensure the protection of workers’ rights and human rights.