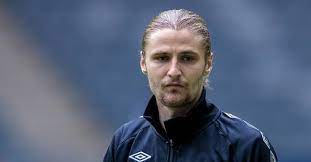 December 22 – Former Leeds United winger Pawel Cibicki has been convicted of offences related to match-fixing by a court of appeal in Sweden and reportedly banned from playing in the country for four years.

Cibicki and the two men who gave him the money, which the player said was a loan, were initially cleared by a district court but the prosecutor appealled and the original judgement was overturned.

Cibicki also played for Molde and Den Haag before moving in a permanent deal to Polish side Pogon Szczecin in January 2020.

In a podcast he claimed he was the victim of injustice.

“I’m innocent, and I’ve been innocent since day one,” he said. “I paid back the following month to the account that sent me the money, and if that wasn’t enough, the month after that I paid interest.”