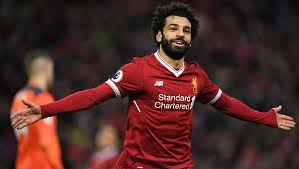 December 30 – Players heading to the African Cup of Nations have been given permission to stay with their clubs until January 3 – six days before the start of the tournament in Cameroon.

Under pressure from Europe’s elite, mainly the Premier League since many countries have a winter break, the Confederation of African Football has granted a crucial extension that will allow a raft of clubs to hang on to players for New Year matches before joining up with their national teams.

Many were set to miss important matches because of the rule that dictates clubs must release players 14 days before a continental championship or the World Cup.

Liverpool are set to lose main men Mohamed Salah and Sadio Mane but both can now play in the crunch game against Chelsea on January 2,  along with Naby Keita.

Both the World Leagues Forum and the European Leagues grouping have been critical of the timing of the African Cup of Nations coming in the middle of the club season in Europe.

“This decision is taken in the spirit of goodwill and solidarity with the affected clubs in recognition of the fact that they, like all members of the football community, have been adversely affected by the onset of the COVID pandemic,” said FIFA.

Its deputy general secretary Mattias Grafstrom added: “It is also assumed that a spirit of mutual cooperation remains between CAF and all relevant stakeholders in this regard, including related to the release of players and the provision of sporting exemptions to travel and quarantine restrictions if required in the future.”