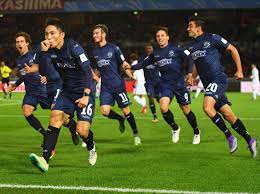 January 4 – Auckland City officials say they are “bitterly disappointed’’ at having to pull out of Club World Cup finals in the United Arab Emirates for a second successive year over Covid-19 quarantine issues.

A statement confirmed that the club, who would have represented Oceania, had told FIFA that “in light of the Covid-19 pandemic and related quarantine measures required by the New Zealand authorities, the club will be unable to participate in the Fifa Club World Cup 2021”.

Club president Ivan Vuksich said the decision to withdraw from the February 3-12 tournament had not been taken lightly. “We’re obviously bitterly disappointed that circumstances have put participation beyond our reach for the second year in a row,’’ he said.

“A lot of hard work and effort went into preparing to compete in the UAE, so to be unable to go is a blow.”

Auckland City contested nine Club World Cup finals from 2006 to 2017 but last year, after withdrawing from the Qatar tournament, the club was issued with a $35,000 fine, plus costs, only for FIFA to withdraw the punishment after accepting Auckland had to abide by national law.